Tonight on GeekNights, we review Offworld Trading Company. An RTS with a M.U.L.E. lineage, we're having fun with it and even playing some multiplayer. In the news, Pokémon Scarlet and Violet are coming, and the Playdate has a nice dev kit.

In much more somber and tragic news, since the last episode we made, Russia has invaded Ukraine in what can only be described as a naked act of imperial aggression.

I really liked Offworld Trading Company when it came out.

I did find that while I was listening to you describe the game I kept on thinking about a few other Mars based rts and city builder games and they kept bleeding in. I was reminded of how many other Mars games came out in the time after OTC.

Has the issue with the Things of the Day music being in the wrong place been fixed?

Update: Just redownload this episode in the app, plus from the website directly, and seems it’s still in the wrong spot. @SkeleRym , has anyone else brought this up? Unsure if you’d want to fix it but thought I’d mention in case you do.

The music is completely absent from when you say “Things of the Day” and plays towards the end of Scott’s Thing of the Day.

lol, I was in a hurry that night. I’ll fix it when I get a chance tonight or tomorrow

What game am I thinking of? Google is not giving me anything. 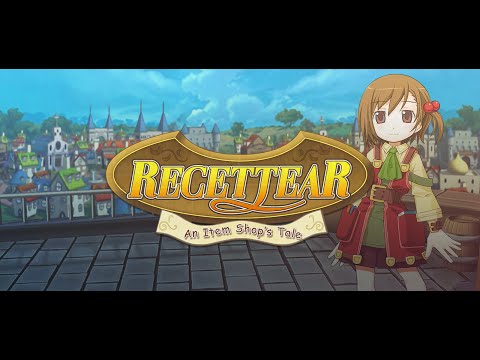 That doesn’t have the vibe I was thinking of, but I haven’t played that one either. Maybe I was just under the wrong impression about this game the whole time.

Haha, this game is more like “If Starcraft were a commodities market.” 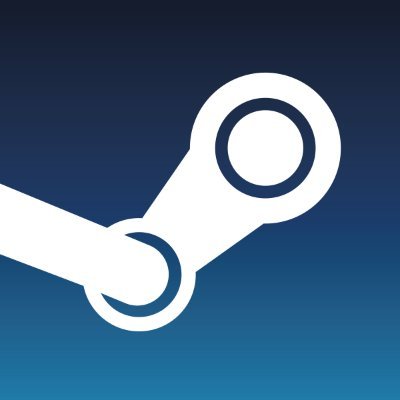 How da fuck do you get good at this game?

The spreadsheet knows all.

General Tips LOOK AT THE DIFFERENT SHEETS UNDER!! Misc. 1,In the gameplay options, enable the following for Multiplayer,https://puu.sh/xaE46/70c8de2ee5.jpg 2,In team games, you can share resources by clicking on the colored bar (shift click to sh...

The spreadsheet. I followed it rigidly until I started to see where it made sense to deviate. It gets you to a basic working knowledge of the game.

I got far into my second skirmish on employee without any guides, but was so consumed with optimising my buying-selling I didn’t realise the ai were running away with profits and got bought out.

Despite me having bought a heap of stocks in the other opponents.

It seems the only thing that matters is getting a full buyout ASAP.

I managed to get further this time by focusing on selling electronics and fucking up the other AI’s pleasure dome at every chance. As you would.

I got down to a 1v1 with the computer, but by then it had bought the other to AIs. At the graph shows how that’s unbeatable. 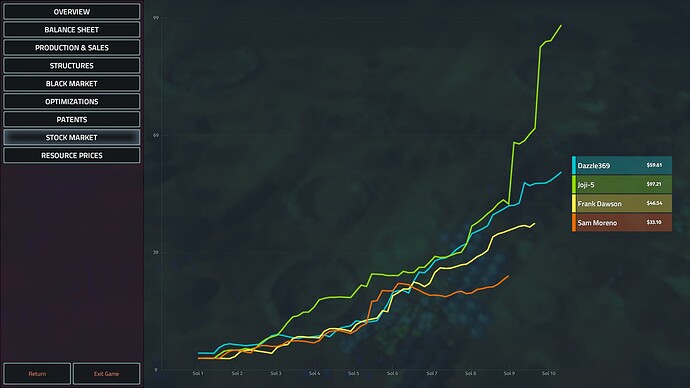 The AI had so many farms, and had optimised production and had 2 offworld rockets.

Once you’re ahead, you can stay ahead.

Once you’re ahead, you can stay ahead.

Yes. It is capitalism after all.

So I played a skirmish with auctions off and won.

I can only conclude that auctions are super important. It felt like a breeze to keep an eye on profits and resources, without having to contend for bonuses via the auction. It was far easier to stay ahead the majority of the time.

I will need to up the difficulty to confirm. 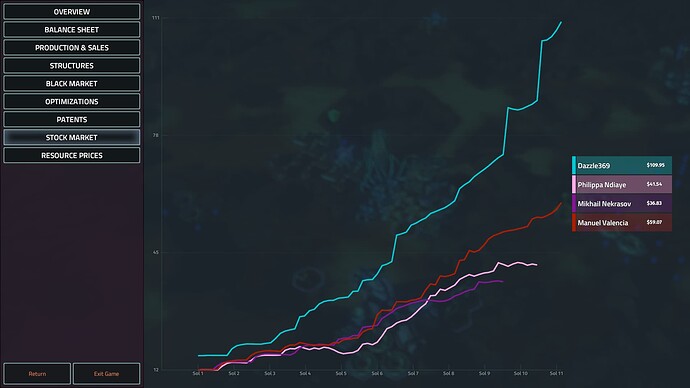 Yeah, when it comes to auctions I tend to ignore most of them. Depending on which faction I am, what’s available in the black market, and other factors, the items available in the auction may or may not be of value. Sometimes they are very worth it, like an extra claim very early. Sometimes they are not so worth it, like a pleasure dome late in the game when you don’t even have VR. You just kind of have to bid accordingly.

And of course, auctions are one of those things that are incredibly different whether it’s against humans or AI.

So, early game make sure you cover your base resources energy etc. so that you can maintain production without having to buy in supplies.

Hacker array the shit out of your tier 3 buildings. Glass, Chemical and Electronics. Also, sometimes Fuel and Food. These can be profitable in a pinch.

As long as you can keep your buildings green you can stay ahead and have enough cash to pay off your debts without needing to click the button, so you can focus on attacking the other players via the black market or buy claims via the auction.

Accepting the debt for claims has proven to be worth it.

I will have to see if this playstyle works on the higher difficulties too. 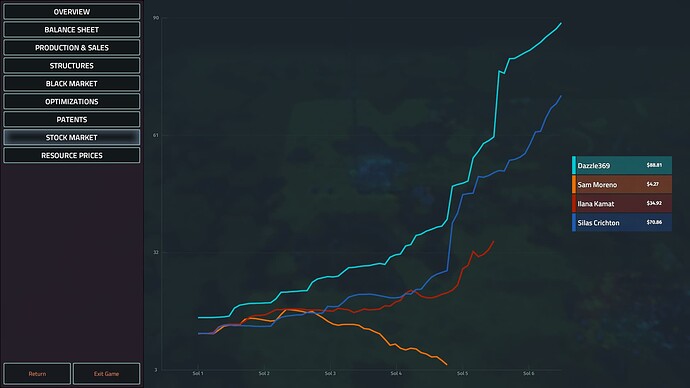