Tonight on GeekNights, we review Oath: Chronicles of Empire and Exile. It's a solid legacy game that's worth taking a look at. In the news, Rym finally played West of Loathing and is sorting out if we'll play Aliens: Fireteam Elite, The CEO of Broken Token steps down (but still owns the company...) after abuse and harassment allegations, the CEO of Tripwire steps down due to his abhorrent statements on abortion rights, and Twitch sues two individuals over ongoing racist and bigoted harassment rampant on their platform.

Whatever that third thing of the day is, as of this post the only hit is this episode.

Oh yeah this is one of my favorite listicles of all time.

It’s short enough to be punchy, just long enough to fully explore the joke, and left me with the right amount of light chuckling.

In yet more news of shitty men in the games industry, this fool was escorted out of Gencon. 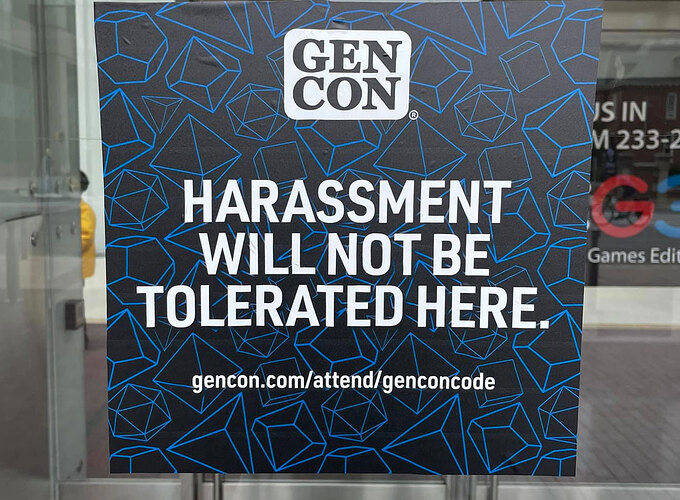 Gen Con 2021 starts tomorrow at reduced capacity with a self-imposed 50% cap on attendance. As most people know, Gen Con 2020 was canceled along with just about every other convention due to the on…

We didn’t even get to talking about that story in the news. Spoilers: he’s a racist dipshit.

The way Rym talked about Alien:FE being perfect at three players makes me want to recommend Apex: Legends even though it is battle royal not coop. EDIT; it’s 3 player squads.

You used to talk a lot about movement in FPSs; this has the second best movement of modern FPSs (behind the similar Titanfall 2) and has only gotten better since coming out.

I’d recommend it to anyone interested in FPSs or battle royals really but specifically so to our glorious hosts.