Tonight on GeekNights, we review Unknown Worlds' Moonbreaker (2022). It's a turn-based digital miniatures game that shares a lot of lineage with Hearthstone, Magic, and possibly Neuroshima Hex (at least in terms of the net effect of some of its mechanics). It's all right, but it has a lot of issues and remains in early access.

In the news, Discord's Watch Together shows you ads and is broken by adblock (and also doesn't actually work very well), Discord launches a cheaper Nitro Basic, Rym is playing a lot of Overwatch 2 which itself is struggling with its new free-to-play model that you can ignore if you just pay for the game, and GUNDAM Evolution is terrible.

GUNDAM Evolution is as terrible as this image implies.

I started phasing out during the latter parts of the “ladder vs tournament” discussion, but both of you are wrong. There already is a game which prioritises tournaments over ladders.

Trackmania has Cup of the Day tournaments three times a day. They are at set times, and anyone of any skill level can enter. Each tournament features a new track that (most) people have never seen or played before. It lasts between 20 and 50 minutes, depending on how long you can survive in the tournament.

You are only competing against players of your same level because there is a 15 minute qualifying session to begin. Each tournament match features 64 players, and of course the most prestigious place to be is division 1. Of course, because thousands of players take part in the main 7pm tournament each day, I’m much more likely to be division 30, but I’m up against other people who can hardly point their car in the right direction.

And of course the top players LOVE this format. Sure, there are all kinds of other events and tournaments and seasons and challenges in Trackmania, but the Cup of the Day is free content for streamers EVERY DAY.

There are no prizes, except you know your best ever result, and if you win division one, everyone else will know that too.

The basic Trackmania game is free, but you pay a 10 dollar per year fee, and that allows you to enter Cup of the Day and get some other stuff. There are no microtransactions, or any pay to win stuff. There’s a more premium per-year level which revolves around clubs/clans, but really most people just want to pay the 10 dollars for Cup of the Day.

There can be new tracks every day because there is a huge number of people making new stuff for Trackmania all the time… and all of it is free, to everyone. There’s no way for anyone to make money or sell anything in the game. The 10 dollar per year fee is like an administration/server cost to keep the game running.

Here is the original Richard Garfield article about tournaments vs. ladders. 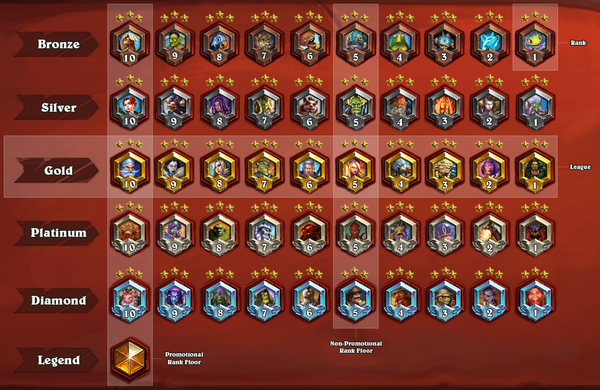 Keep your Numbers Off of Me: Why Tournaments Support Better Communities than...

It is exhilarating playing in an event for a game you like and seeing how far you can make it. But players can get that without being put on a list.

Everyone who buys the game gets all the units. It is now 0% pay to win.

Instead of several currencies there is just one. No boosters or boxes. Just earning this one currency to get purely cosmetic upgrades to models. That’s it.