We'll be live at PAX South on Friday afternoon with Grind Mechanics in Games!

Friedemann Friese did a writeup about the Doppelt & Dreifach thing

I also played a hell of a lot of Power Grid: The Card Game at MAGFest.

If you’re going to see me at a convention I’ll see if Dan will run off more decks for Clod. They’re gifts, because there’s no way I am getting a lawyer involved. 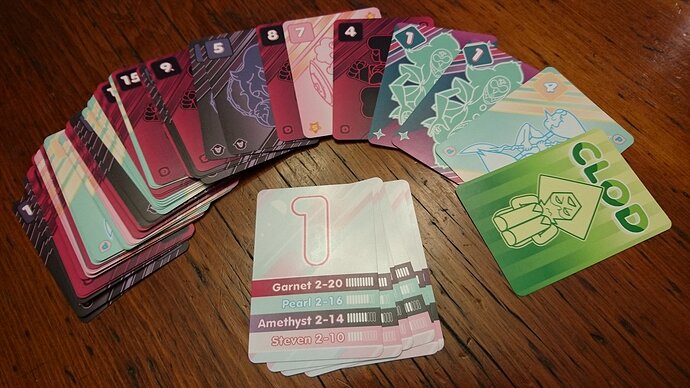 We should play Fuji Flush with some version of the variant rules we proposed at PAX South, see how it goes.

Jon had written Herr Friese about the endgame - and discovered that Friedemann had a cool proposal for an alternative ending that adds a few more choices. So we tried it a couple times; it worked nicely. (Basically: if one is forced to discard the final play, one turns it over - then draws as many cards as are turned over and keeps one. So if one fails to play a final card multiple times in a row, one ends up with more choice as to the next card played.)