Tonight on GeekNights, we consider exercise games like Ring Fit Adventure, Dance Dance Revolution, and Super Team Games. Also those arm wrestling arcade cabinets. (Don't break your arm). Games where the game plays the player and not the other way around.

In the news, join us for some train games at 18xx.games, the Nintendo Gigaleak is a fascinating moment in games history that will take us months to fully explore, and Internet trolls take out the US Army on Twitch.

DDR (Stepmania) changed my life.
About a decade ago I decided I didn’t want to be obese anymore. I’m 6’3" and I weighed around 300 lbs. DDR was an exercise that I could tolerate doing after delivering mail all day long. After six months I had reached my initial goal of getting under 250. Over time I added more exercises to my regimen and grew more disciplined in my diet. Today my weight is hovering around 190.
Without DDR I might be struggling with severe health issues today. Bemani has my gratitude for creating this wonderful game.

Playing board games online: I had a shit-talk idea to make Q.E. online. Would that work well? Would you play it?

At least a few times, but that game doesn’t have a whole bunch of replay value. It would be more interesting to try to make an AI that play QE well.

An ai, or just a traditional bot? Either way, possibly interesting. It also should be easy to code a simple version of the game with a way to add in bots?

It doesn’t matter. Software that plays QE well is a very interesting problem to solve. Even just being able to prove whether the problem space of QE is P or NP, let alone producing a solution, would get a paper published in a journal for sure.

I don’t think QE could be formulated as a decision problem. Distilled to its simplest form, it’s poison cup game, right? It’s not solvable, so P/NP wouldn’t apply.

You could definitely make a robot that kicks (some) human ass though.

If one were to do this, I think a regular game “ai” would be a lot more interesting than a neutral net trained on game data.

The heuristics and decisions that go into that would be way cooler than “in situations similar to this, humans bid $1337”.

My thought was this. I could maybe code up some sort of frame(should be easy maybe, the game is pretty simple), share out the interface to match and restrictions(maybe have some runtime restrictions?), and then I could run the bots we write(regular hand written bots, or crazy neural nets may apply here), and I could then post scores of how well the bots are doing against each other. Would you be interested?

That sounds very similar to a bot-coding challenge some of the forum participated in a long time ago:
http://ants.aichallenge.org/

http://aichallenge.org/ I have decided that after I eat dinner, I am doing this full on.

Recreating that for QE (or any game) would be a tremendous amount of effort. Running untrusted code on your server is asking for a mountain of trouble. But if it was say, an open source framework, you could write bots for it, run them on your own machine, etc.

Making it would be firmly in shit talk territory for me, but I would definitely be interested in using it. I wonder if QE would be the best game to build around though.

Just so I can understand what this conversation might be about, could someone tell me what QE stands for?

Running untrusted code on your server is asking for a mountain of trouble.

Yeah, I’ve never liked the model where you run people’s code on your own servers for the contest. It’s much better to create an API and people have to run their own code with their own resources. Makes a bit of an unbalanced field if one competitor has a huge supercomputer and a whole team of engineers, and someone else interacts with the API by hand, but hey.

It’s a pretty fun board game. 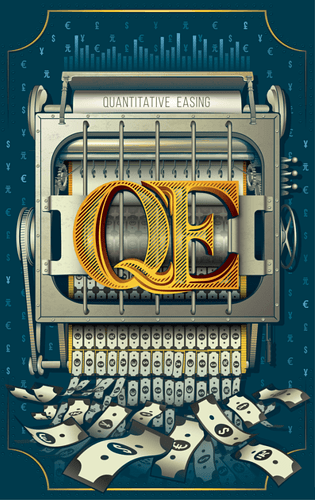 Bid ANYTHING to bail out companies, but just don’t bid the MOST!

Ah right. I only know QE as Quantitative Easing, and a quick google didn’t bring up anything else. Considering that it’s a game about bailing out companies means I had the right acronym.

Indeed your acronym was correct.

create an API and people have to run their own code with their own resources. Makes a bit of an unbalanced field if one competitor has a huge supercomputer and a whole team of engineers, and someone else interacts with the API by hand, but hey.

Stockfighter actually leaned into this, and it was awesome.