Tonight on GeekNights, after a discussion on garages for some reason, we review Cockroach Poker and Kakerlakenpoker Royal, both designed by Jacques Zeimet. In the news, New York tops the Overwatch season, Sony blocks Fortnite cross-play, and Netrunner is dead.

Alternative Miku Pedal Review with explanation on how it works.

“That’s great, 'cos it means it’ll be easy to get the guillotine up there.”

I played Cockroach Poker at a con a while back and enjoyed it. I decided to bust out what I would say is the classic GeekNights move: not even looking at the card. I would sometimes pass on to another player with no hesitation. May not be the ideal game for this play but it sure did fuck with people’s heads.

I don’t think that kind of random Citadels play helps that much in Cockroach Poker. Since there is only one loser, you want to play in such a way that targets a particular creature at the player who you want to lose, or is closest to losing. And whenever you play, you risk eating a card. Playing randomly means it will be random whether you eat the card or not. You need to beat those odds, not accept them.

Can someone explain the Waluigi thing? I seriously don’t get it. Is it just a meme or do people seriously like Waluigi?

Waluigi is the ultimate example of the individual shaped by the signifier. Waluigi is a man seen only in mirror images; lost in a hall of mirrors he is a reflection of a reflection of a reflection. You start with Mario – the wholesome all Italian plumbing superman, you reflect him to create Luigi – the same thing but slightly less. You invert Mario to create Wario – Mario turned septic and libertarian – then you reflect the inversion in the reflection: you create a being who can only exist in reference to others. Waluigi is the true nowhere man, without the other characters he reflects, inverts and parodies he has no reason to exist. 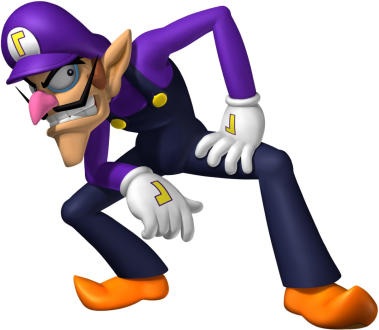 Nintendo have declared 2013 to be the year of Luigi – “Super” Mario’s taller, greener brother. What better time then to take a critical gaze at this most ignored of computer game …

Potato Knishes is made 5000% better when you realize the creator

And he turns little black worms into centipedes. What’s not to like?

I heard today there is somehow going to be a second printing.

Xbox is running Windows 10. But also they’re going down more of a walled garden path that is kinda annoying. I tried to add a Windows 10 Store game to steam so it was easier to launch from Steam Link and good god I stared into the abyss.

This episode had Overwatch, Netrunner and Board Games. I really should try and catch up with the podcast again.