Tonight on GeekNights, after talking about the color of pee, a terrifying photograph, nuclear material safety issues, the Demon Core, the troubles with Star Wars: Han Solo, and how you need to call your senators if you live in a state with a Republican senator in the US so people don't literally die.

Come by the Game Devs of Color Expo on Saturday, and ConnectiCon in a couple weeks!

Did you accidentally half the show description?

Simple one that kinda pokes a hole in the"world is safe" idea: you are black and driving through a white neighborhood. You are pulled over by the cops. What do you do to not get shot?

[quote=“Nerick_Spellchaser, post:3, topic:800, full:true”]
Simple one that kinda pokes a hole in the"world is safe" idea: you are black and driving through a white neighborhood. You are pulled over by the cops. What do you do to not get shot?
[/quote]On average, it’s safe. But for oppressed segments of the population, it’s much less safe.

Everyone is statistically pretty safe on average in modern industrialized nations these days.

Until we can solve the core reason why cops tend to be so trigger happy with black people, I think that average beat cops should only be armed with non-lethal weapons. Leave the lethal stuff to SWAT teams… and those SWAT teams should be used very, very judiciously as well.

If a gun cop ever shoots anyone ever, regardless of the situation, they’re forcibly turned into a regular cop and can never be a gun cop again. Like a bee, you can only sting once, so don’t do it without a real good reason.

I love these ideas. Sadly it’s probably not happening because 'murica.

Okay, I haven’t listened to the whole podcast yet but I had to stop and say:

You fucking fake Star Wars geek boys, not knowing who fucking Lawrence “I Wrote The Empire Strikes Back” Kasdan is.

Also watch you some Phil Lord & Chris Miller movies. They are

. Miller, Lord and Kasdan are all fantastic creators – they just don’t play well together on Star Wars it seems.

Even before we reach this point, the fact that cops are allowed to internally investigate and reprimand themselves is a cause of a lot of problems. An entirely exterior review board made up exclusively of non-cops/people with no cops as family need to decide what is appropriate and what is not. Every time a weapon is discharged, these review boards convene and decide if it was okay based on all the evidence.

I pay no attention to the names of Hollywood people. The other week I had to google because I couldn’t remember Tim Curry’s name.

I’m not sure sure about the gun cop being allowed to shoot once and only once. I’m assuming here that if they are a gun cop, they are only sent into situations where lethal force may be required and as such are repeatedly sent into lethal situations. They may legitimately need to shoot someone on multiple occasions as a result.

Combine this with truly independent commissions to perform lethal force investigations, and I think we may have something reasonable.

I would argue knowing Lawrence Kasdan (and Irvin Kershner, the director of Empire) is about equally important considering how large Empire looms in what makes Star Wars Star Wars. You guys have always advocated for knowing more about the creators of the things you like – why is this case any different than, say, knowing who wrote & directed Ghost in the Shell or Akira?

[quote=“DMLou, post:12, topic:800”]
shoot someone on multiple occasions as a result
[/quote]No, after the first time they get converted to Not-Gun-Cop. 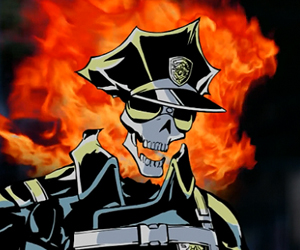 When it comes to anime/manga/comics there are two main reasons I am better about knowing people’s names. One is that especially with a manga or a comic, the creator’s name is printed on the book and is HUGE.

Look how big Masamune Shirow’s name is on the cover. 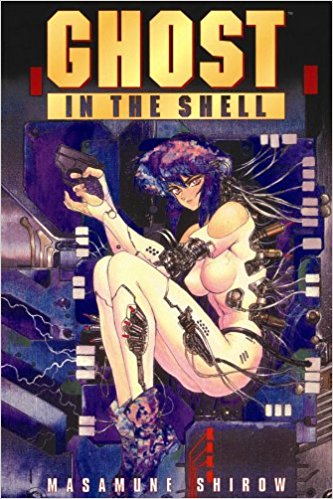 The other reason is that when it comes to those other mediums, I often want find myself wanting to watch/read all of the works of particular creators. I end up Googling them, learning about them, etc. I know who Carl Barks is because I am trying to read all his works.

I never find myself wanting to watch every Lawrence Kasdan movie. It’s not a name that comes up often in general conversation. It’s not a name I see often. I will probably forget it by tomorrow if this thread doesn’t continue.

Also watch you some Phil Lord & Chris Miller movies. They are

. Miller, Lord and Kasdan are all fantastic creators – they just don’t play well together on Star Wars it seems.

Frankly, I think it’s for the best that Lord and Miller aren’t on this project. Their body of work tends to consist of self-referential comedies. I don’t think that would work with the tone of Star Wars.

However, if Disney were to commission a Lego Star Wars movie, I could totally see them doing it.

To wit, we both go to anime conventions, but never to Star Wars conventions…

All I want out of the Han Solo movie is Han, Lando, and Chewbacca being chased across the galaxy by Jabba, Dukes of Hazzard-style.

The thing is predicaments are all about feelings, priorities and beliefs which were absent in the examples. These ones all needed all these extra rules and bullshit just to be worthy of discussion. You guys would routinely come up with better predicaments just by GMing a game of Burning Wheel because that’s how the game tells you to do it and you’re smart enough to make it work.