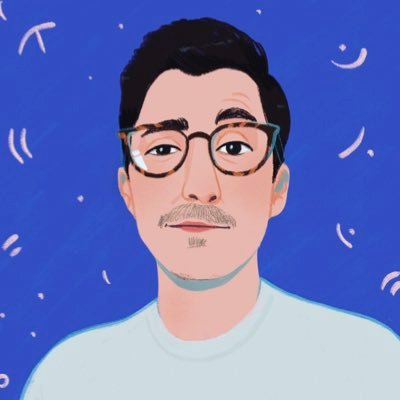 #TheMatrix DP Bill Pope is the latest guest on Roger Deakins' podcast. He gets honest about the sequels shooting for 276 days and where the Wachowskis went wrong: indiewire.com/2020/07/the-ma… "Everything that was good about the first experience was not good about the last two." https://t.co/Gh0OjzLCbo

The old Matrix website has been revived, with two teasers to pick.

UPDATE: These teasers do something awesome: They read the current time on your computer and the actors verbally read it in the teasers.

They do something else awesome, too - they actually show different combinations of clips in the teasers each time you watch.

Just watched Resurrections on HBO Max. This is the best Matrix sequel. Period.

After Reloaded’s spectacle-filled action scenes, but shallow plot, and Revolution’s…just plain shit, this is the closest we’ve gotten to a decent Matrix movie since the original.

They thankfully ditch the “save humanity from the machines” plot since it’s plainly obvious at this point that there’s no stopping it and it’ll just reset if the system is defeated again, so they take on a different angle for the story this time. It also remixes some of the trilogy’s greatest effects and puts new spins on them, and Neo is nerfed big time in this movie, probably to make up for the sequels making him a boring, invincible Cyber Jesus.

EDIT: Oh, yeah. Something else I forgot to mention (I made this post before going to sleep): They also cut down on the bullshit philosophy speak from the previous movies. I feel the sequels inserted a bunch of faux-losophy just to fill words on the script page as a replacement for natural dialogue, which I feel bogged down the sequels a great deal. The philosophy is still there in Resurrections, but it’s significantly scaled back.

I’ve always been a bit of a Reloaded appologist, but I’m going to say that I agree with you with regard to it being the best sequel. I think it also got a chance to 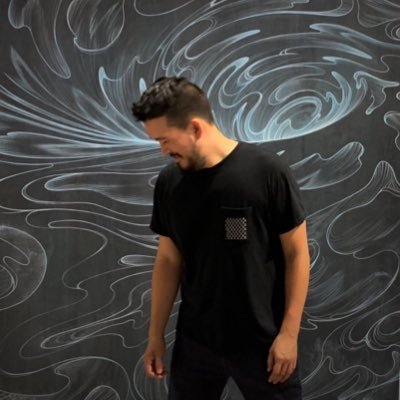 The CGI and action were bad though.

pretty much everything i’ve seen produced during this, the time of corona, has had a weird uncanny valley bad CGI feel to it. I don’t really know how the sausage gets made, but it feels like they tried to do too much digitally, without enough old-school material to back it up. also, i’m guessing they didn’t hire the original fight choreographer (they should have).
i wish this had been done as a limited series instead. it’s definitely the best sequel, but there was no air for the plot or new characters to breathe. all the previous movie cut-ins were just weird, like those cut and paste anime episodes when the studio runs out of budget.
it was nice to see a few sense8 cast, priyanka, and yahya, though. and the bathroom fight was a nice touch, bc yk, bathrooms and trans rights.
i really need to dig out photos from my trinity cosplay in 1999…

I haven’t seen the newest movie yet, but I was in San Francisco last week visiting some friends on vacation and we found out that they were having the US premiere at the Castro theater so we decided to check it out.

It was cold, and there were a ton of people standing outside, but I managed to take some blurry photos of Keanu, Carrie Anne Moss, Neil Patrick Harris, and the rest of the cast if you squint closely enough. 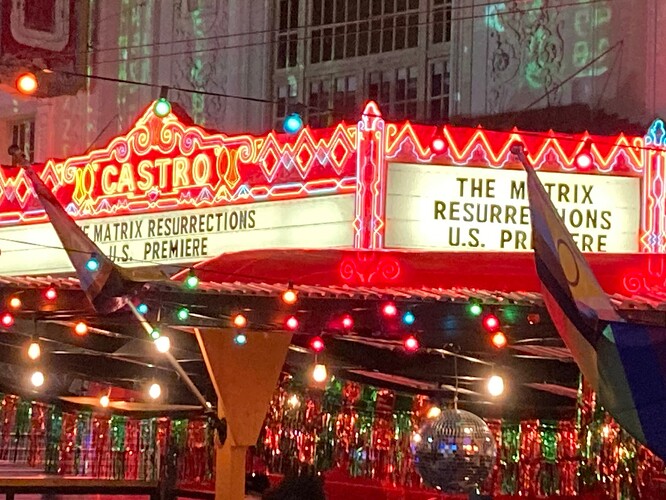 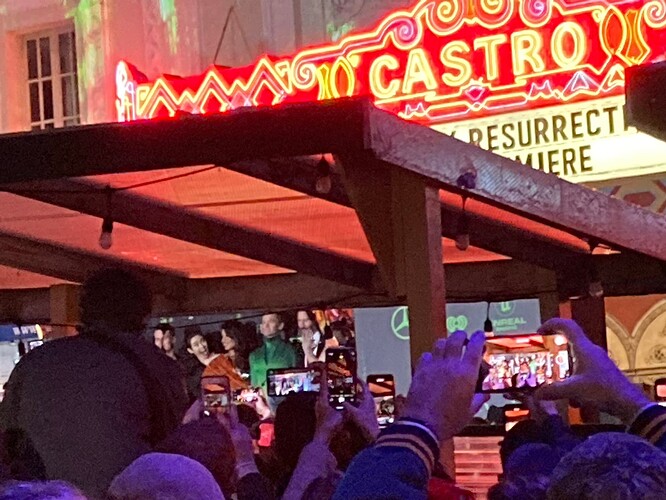 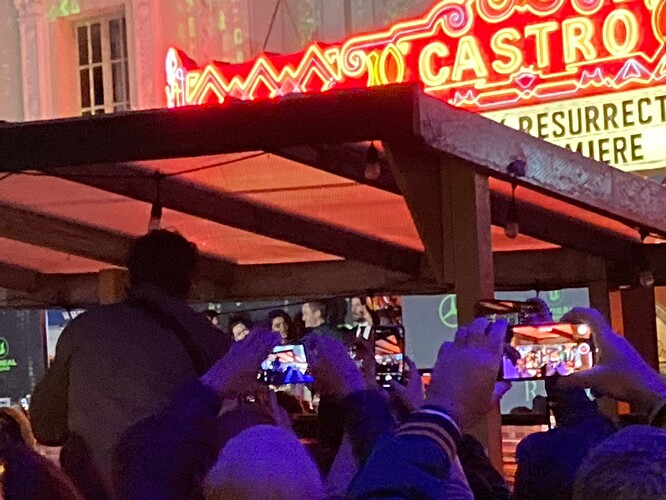 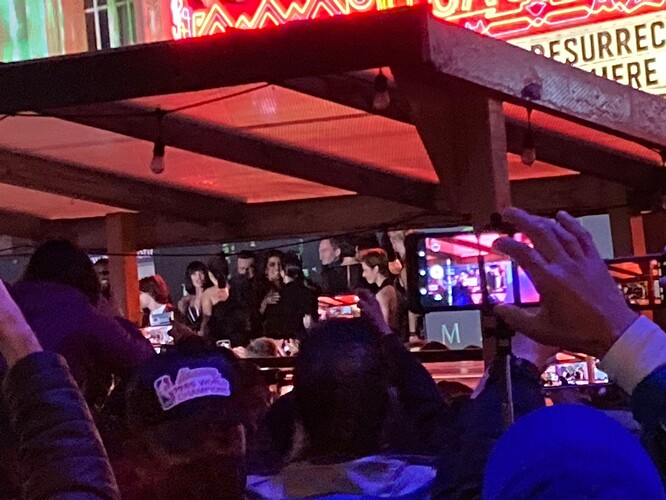 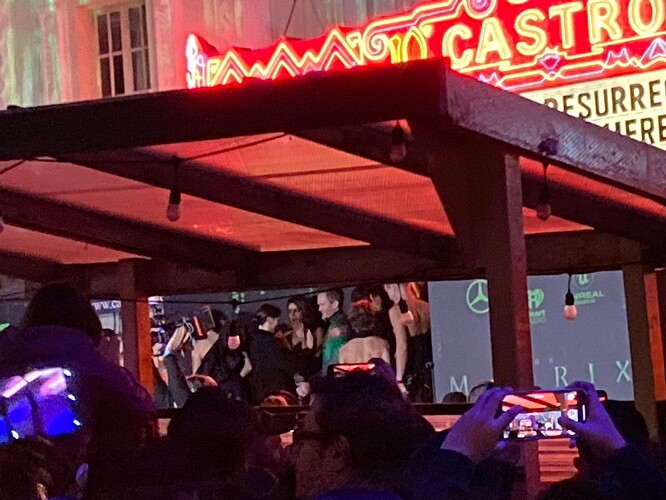 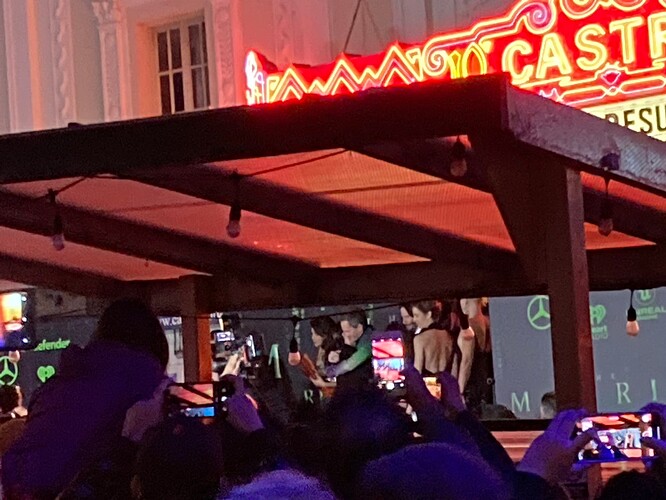 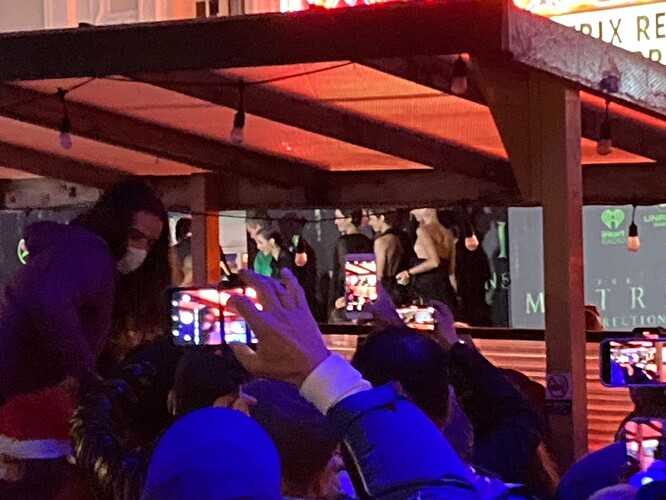 pretty much everything i’ve seen produced during this, the time of corona, has had a weird uncanny valley bad CGI feel to it.

Yeah, I feel you on that. Dune jumps to mind as the one that didn’t.

i’m guessing they didn’t hire the original fight choreographer (they should have).

It was all close-cam and can’t-see-what’s-actually-happening. Totally lost what made the original fights awesome

I liked Resurrections, it definitely feels like a smaller world. Less moving parts, less action. But it tells it’s story well enough and gets meta as you would expect.

It did have potential to be much more, at the same time it doesn’t need to be more.

I still feel like, instead of having sequels, they could have gone hard with the Animatrix.

Those short stories are probably the best parts of the Matrix franchise and really they tie everything together.

As planned, Matrix 4 was my Jewish XMas Chinese Food + Movie selection. I have no idea what the hell movie is going to be out next year.

Gotta agree with most people that it’s the second best movie in the series. It’s not a bad movie like 2 and 3, but it’s not legendary all-time greatness like the first. I enjoyed watching it, but have no particular desire to watch it again. That first movie, I can just watch on repeat. Just a complete black hole of a film.

There isn’t too much to say about the movie itself. I basically see it as the same movie as Evangelion 3.0+1.0. The original creators of a series forced/permitted to do a sequel and they go full meta. Both movies are unsubtle fourth-wall wrecking balls. The creators manage to provide commentary on their previous works in their respective series, as well as social commentary, but weave it into the cloth of continuing the established narratives.

It makes for good entertainment to be sure. I think this is definitely what we need right now, and I expect to see more of it. If more people make such works it could even become an artistic movement that art historians in the future might refer to as Hollywood’s meta-era, the way we now look back at something like film noir. I just don’t think it has staying power. If these movies are watched decades from now they simply won’t be understood. I can’t imagine most of the material having any impact on a viewer who lacks the context we have due to being born at a particular time.

Really, this is just art now. People of the Internet who talk way too much all day every day have long since given up on discussing any topic from eye level. Cyberspace is in the margins of the Talmud.

I later realized how this very post is also meta. My brain is also in such a state as to examine anything from the outside.

Also, even though this movie was 2.5 hours long they sure tried to put a lot of stuff in it, much of which did not get a lot of screen time. The game developers lambasting how capitalism produces art were there at the beginning, and then gone. The machines that were good guys, (synthian? sapienth? I forget), got almost no screen time. Just that one fist bump from the little guy. Marovingian comes back for just one scene out of nowhere, and then gone. Common problem these days to throw in a lot of ideas and not have enough time for all of them.

At least they wisely didn’t sacrifice from the main plot to give them that time. But also, if you’re going to edit some aspect down to a minute, just cut it out entirely. 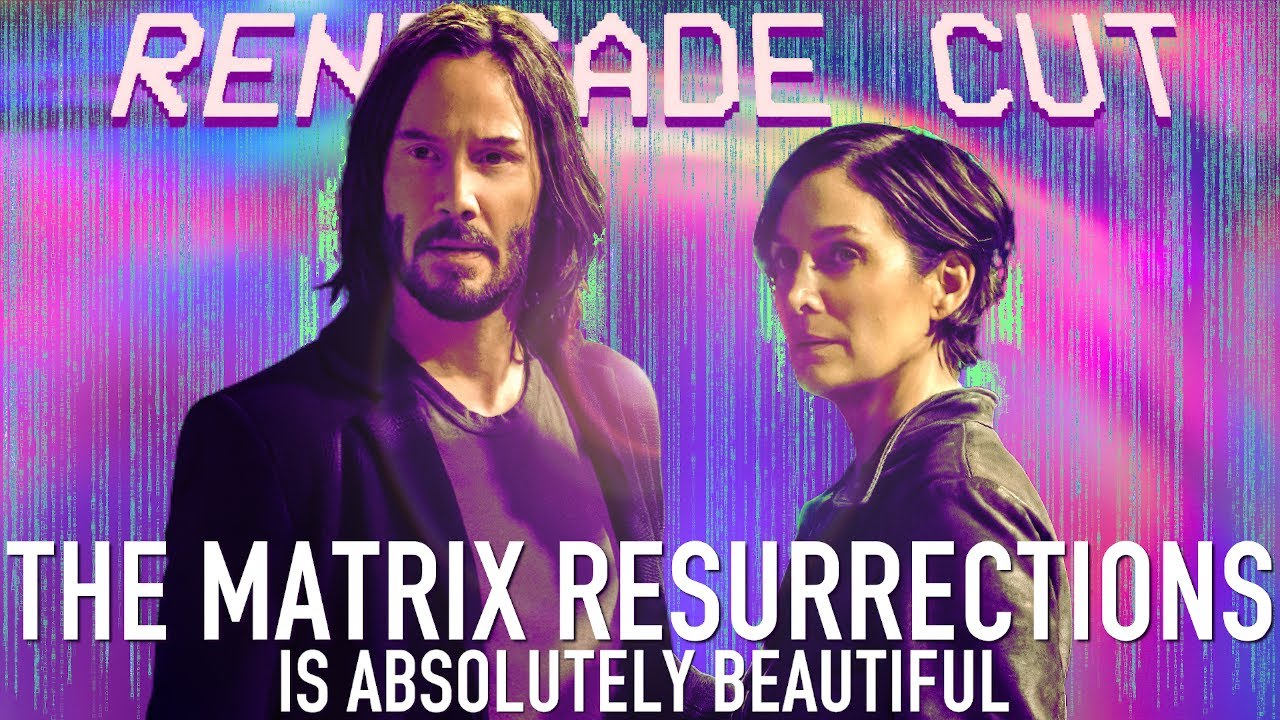 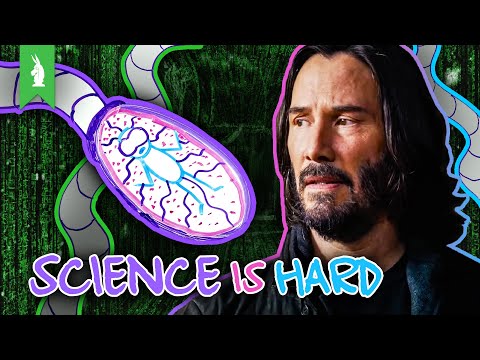 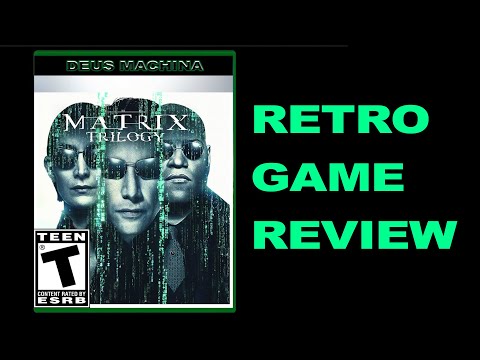