Tonight on GeekNights, we discuss power tools. In the news, New York City is humid subtropical, the House Committee tech antitrust hearing was actually pretty good, and Herman Cain has died of COVID.

Live Stream (wherein we take some turns in a train game before we start the show properly):
https://www.youtube.com/watch?v=CtKEVrXWyL0

I think you’ve used the jet turbine noise as a thing of the day once before.

From what I saw on twitter and some blogs, the entire “congressional testimony” thing seems to be a massive exercise in performative ignorance. It’s crazy that is can be A. a thing in America and B. a news event.

Was afraid you weren’t going to mention the Hole Hawg for a while there.

Sadly, after doing this show I learned about Ramset powder-actuated tools. Shows just how unqualified I am to talk about power tools.

As the name suggests, these are basically guns. Only instead of firing bullets to kill people, they fire tools to do work. The power of chemical reactions that produce kinetic energy, only not designed to kill people, only it obviously can because it’s super dangerous.

The idea is that these tools allow you to get the kind of power available from hydraulic or pneumatic tools, but far more portable. Definitely don’t have to worry about batteries dying like electric tools, either. As long as you don’t run out of cartridges (ammo), you are good to go.

Sadly, after doing this show I learned about Ramset powder-actuated tools. Shows just how unqualified I am to talk about power tools.

Well, open offer, any time you want to know shit about tools, feel free to hit me up however you like. I’ll happily tell you whatever you’re looking to know, I’m always happy to share knowledge.

A weird tool made with blank firing ammunition casings:

I enjoyed this video immensely… until it became a weapons program. Many Americans seem to have a blind spot that citizens of most countries don’t see baseball bats as home invasion weapons, not feel comfortable seeing simulated head explosions.

I already owned a power drill. It’s an ancient Black & Decker that used to belong to my grandfather. Still works, does its job, but isn’t particularly powerful. Very heavy and unwieldy. Has to be plugged into the wall with extension cord. Kind of annoying to use.

I also already owned an electric screwdriver. This is battery powered, but very weak and sad. Only really useful for screwing things in when there is little resistance. Faster than doing it by hand, but not that much faster.

Since I had another thing to do that required drilling and screwing, (mounting the wire cages on the bottom of my desk, see other thread), and a drill is the tool I need most often, I decided to upgrade. I did some research and got this very well reviewed 12V Bosch.

Obviously, those two old tools are getting the boot. This thing is amazing. Obviously this little 12V is too weak for any kind of big time work. That said, the power is quite impressive for 12V. When I drilled the pilot holes, it went through the very hard wood on my desk like butter. When I pulled the trigger to drive the screws into my desk, they were all the way in basically instantly.

Obviously this thing is small, light, comfortable to hold, and does not need to be plugged in. And it comes with two batteries total! They could have easily gotten away with giving you just one. The included charger charges them very quickly. It’s reversible, which is obviously essential. It’s very quiet, at least compared to grandpa’s drill. The chuck has a clutch with 20 possible settings so you’ll never turn a screw too hard, and the clutch can also be complete disengaged for drilling and such. There are two speeds. The trigger is also analog and very responsive, so you can press just a little bit to get low rpms. There’s even a light on the front that turns on when you pull the trigger so you can see what you are doing in unavoidably dark conditions without having to use one of your hands holding a flashlight.

If you are doing construction or other work where you are drilling or screwing frequently, this thing probably can’t be your only drill. You’re going to need something bigger. Even then, it could still be handy to have this around for light work.

If you are just a person like me, who occasionally has to drill a hole in the wall to hang something, or occasionally would like a power screwdriver to build some IKEA furniture, I highly recommend getting one of these, or some other comparable tool. It will most likely be the only such tool you need ever. It’s not even that expensive. And on those occasions when you do need it, it will be worth it to have something that is such a pleasure to use.

I have a very similar little unit from Makita. In fact, it’s practically identical. It’s what I use for small and lighter duty jobs, though it will still go through metal, albeit slowly.

One of the hottest tips I can give you about drills, is that use drill bits that are for the purpose, instead of just solely your ubiquitous chisel-tip twist-drills. You don’t need many - like, for most people, a pack of cheap twisties, a small set of lip-and-spur/brad point bits for wood, and a half-decent step-bit(It’s basically a ton of different sizes on a stepped cone, much easier than having a set of bits out to that size), and you’re sorted for basically ever. You don’t need them - you can get away with a set of twisties alone, if you get the right ones - but it makes those little jobs so much easier and nicer, and the results a lot cleaner.

Good lord this. Specialized bits make a HUGE difference. Step bits opened a whole new world of drilling for me.

I’m currently fucking with my wood chipper. Pretty sure it’s down to the carb, so tomorrow I’m gonna strip it and toss it in a sonic cleaner. If that doesn’t work, I’m seriously considering buying this electric woodchipper: 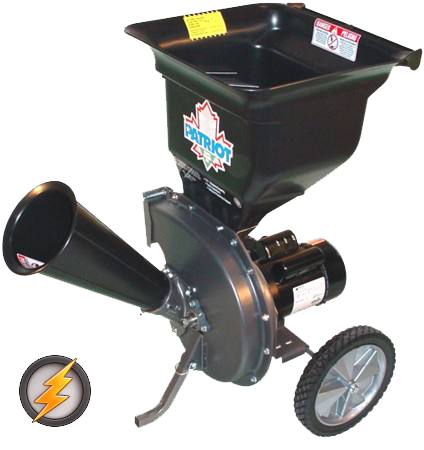 I’ve researched and read reviews, and it appears that it will actually handle ~2" branches, and it actually chips them (unlike most electric chippers, which just kinda chop stuff roughly). It apparently clogs a lot but whatever, I can live with that. I’ve got shit what needs chipping. 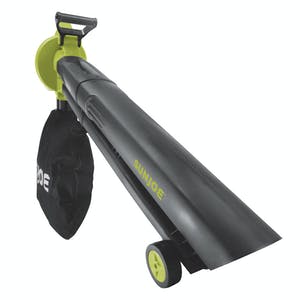 BREEZE THROUGH YOUR CHORES! Lightweight, sleek and powerful,

And it’s apparently awesome as hell. 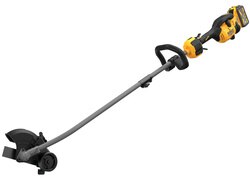 It’s basically a string trimmer handle that can also take an edger, pole saw, hedge trimmer, and brush cutter. Will review once we get it.

Same model here. The battery is Kindle-class too. As in, it lasts so long I never even think about charging it.

Yeah. I already know about specialized drill bits. I still things rarely enough that when I do, I go buy the exact bit I’m going to need in advance.

Good lord this. Specialized bits make a HUGE difference. Step bits opened a whole new world of drilling for me.

You wouldn’t believe - or maybe you would, I don’t know - how many dudes I’ve seen go out and buy a really expensive, fancy drill, some $200 18 volt brushless thing, and then be disappointed with the performance because they just stuck some old, blunt, twist drill in it, then wondered why it was taking so long, or the job was so hard. Even a cheap drill can get the job done with the correct, well-maintained bit, and bits are a lot cheaper than drills. Also glad to see another convert in the Cult of the Step-bit.

Also, my sympathies, I hate dealing with carbys, they’re always a pain. I’d advise giving it a good blast with carby cleaner before you run it through the ultrasonic, too, loosen up some of those deposits, crackle up the surface of them to give more nucleation sites and help it clean better.

Edit - I also just made a quick running count of my drills - There’s the Makita I mentioned above, there’s also the heavy-duty black and decker that’s very old(It used to be my father’s, when he was a young tradesman), there’s the bigger battery drill for stuff the Makita can’t handle but needs more control than the one-speed, high-torque B&D, There’s the hammer drill for drilling stone, brick, so on(It was a freebie, and I rarely turn down free tools), and the latest aquisition, the small, Digital variable speed drill press.

Highly recommend spade bits for cutting out opening for cords in furniture backing (Like ikea back paneling) I have a few from my grandfather and they’ve been clutch to cutting perfectly round wholes with my screwdriver/drill. 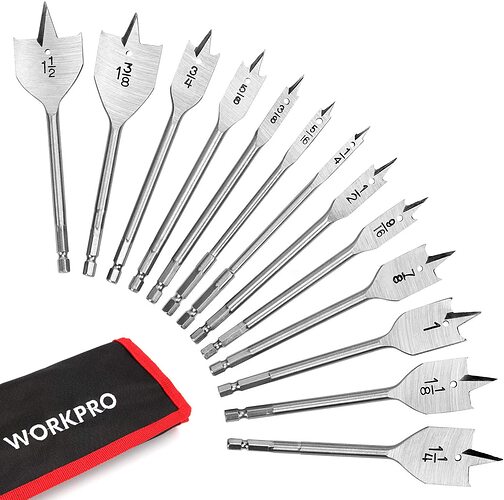 My favorite bits for wood drilling are also from my grandfather’s shop. I just looked them up, I never knew what they were called. Apparently the key word is “brad-point” bits (Churba mentioned them). I find they chatter less than spade bits. Here’s a link, no idea if these particular ones are any good.

and a half-decent step-bit(It’s basically a ton of different sizes on a stepped cone, much easier than having a set of bits out to that size)

These look great for counter-sinking screws. What else do you use them for? It looks like you can’t really make a deep hole of any particular size, just the start of one.

What else do you use them for? It looks like you can’t really make a deep hole of any particular size, just the start of one.

Mostly cutting and drilling holes in hard materials like metal that you’d need to multi-stage, or brittle materials like acrylic to prevent cracking, melting, or warping. Really, the usefulness isn’t just in having a bunch of drill bits in one, it’s being able to drill to a diameter in stages, so that you can single-stage holes that would otherwise require multiple steps to ease load on tools and materials.

They’re also handy in tight spaces, and easier to store(And in most cases, chuck up) than an equivalent drill of a larger size - IIRC, my largest step-drill is 35mm, and I can chuck it up in literally any of my drills, whereas for a 35mm bit normally is going to be a long fucker, much more expensive, and would require a half-inch chuck on your drill, which isn’t common outside of higher-power industrial-grade drills, which most people don’t tend to own. Including me, for that matter - not even my drill press has a chuck of that size, because I need a 35mm hole a lot more often than I need a drill with a half-inch chuck.

What else do you use them for?

The ones I have are specifically for drilling metal. Putting holes in bar stock and pipes and the like.

Makes sense that I haven’t come across them before, I pretty much only work with wood. I’ll have to get a cheap one and see if I use it.