Tonight on GeekNights, we talk about doing laundry. Yes. That is what we talk about. In the news, Amazon's scam in LIC comes to an appropriate end. Maybe one of the richest entities on Earth doesn't need tax incentives to want offices in one of the greatest cities on Earth. So that said... Laundry! Don't start fires.

I would really enjoy if they made an AT musical number every year forever, like Star Wars movies now. Wouldn’t have to be a full episode, just a short bit. Oh well.

Make sure one of your job requirements isn’t walking around their warehouse for 10-12 hours.

Given the stories I’ve heard about their technical positions, I’d almost prefer the warehouse shit.

I had a buddy who used to work at Amazon Seattle as a developer years ago. He said it wasn’t that bad except that you needed to be at least on call during major holidays since so many people would order stuff online on those days. 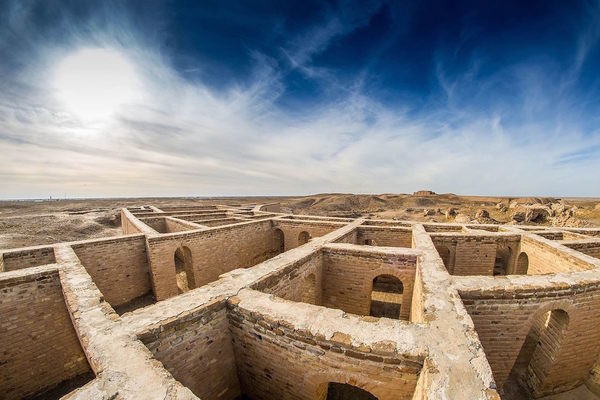 How to Get Your Laundry Done in Ancient Mesopotamia

A humorous dialogue between a cleaner and customer, useful to both ancient scribes and modern scholars.

As a former Amazon developer, I can attest this is true, particularly for the retail side, as a developer you have to be involved in some kind of on-call rotation, and that will mean someone gets stuck doing it on holidays. On the bigger shopping days and holidays like Black Friday and Christmas, you’d usually have a three-man rotation to make sure no one had to be stuck with it the whole time.

Just anecdotally, the vast majority of developers I worked with were good at their jobs and enjoyed what they did. The horror stories we would hear about mostly came from the teams that are critical to the business (like payments for retail or S3 on the AWS side) or were just random one-offs where the manager was terrible. In a company of 700,000 people or whatever it’s up to now, it’s impossible to prevent that from happening. There is a general sentiment within the company though that “well, I haven’t seen it myself, so the system is working fine,” even in the warehouses where we know problems are much more significant.

That all being said, I don’t regret leaving at all. The Amazon today is not the same as when I joined 5+ years ago, it definitely feels like it has gotten more toxic inside and there is no urge to do good things for the world. In my exit survey they ask you what one thing you would like to see Bezos and his team focus on more, and I said to put more money and effort into philanthropy. It’s not like they can’t afford it.

I’ve hated ribbons in MS Office since 2007. I got used to them and use them just fine but I find them so fucking awkward compared to drop menus. Yes I know I’m wrong.

My work switch to G-Suite several months ago so no more having to use a ribbon bar for me.

And Rym might have sold me on getting a side loading washing machine. That is when my top loading one decides to journey into that big junkyard up in the sky.

One important thing is to clean the filter if you have a front load washing machine. I’ve caused minor flooding due to a clogged filter.

Why Roller Coaster Track is Filled with Sand

Thank you. Now my YouTube recommendations are full of roller coaster videos, and I’m enjoying them a lot.

I once flipped upside down when the brakes on my van broke when driving down the steepest road in England. It was a total wreck, and I suffered from shock afterwards.

I rode number 3, and it is by far the worst roller coaster I’ve ever ridden. It hurt me in way I didn’t know was possible from an amusement ride. I felt worse after taking that ride at Coney Island than I did flipping my van down a hill.

After that ride we went on the Cyclone, a coaster I’d wanted to ride for years. But we felt so bad from riding the flyer that when we were offered another go round on the Cyclone for free, with both declined. That’s the first time I’ve ever turned down a ride on a coaster like that, and it was purely down to how much the previous coaster had hurt my neck.

Did we warn you not to ride those Coney Island coasters or not?

Nope. But I remember commiserating with Rym later that evening.

Sorry. I could have warned you. Anyone else who reads this: do not ride anything at Coney Island unless you want to enter the world of pain.