Tonight on GeekNights, we consider car shares, bike shares, scooter shares, and the like. In the news, we saw some great rooftop fireworks yesterday, there are few options to save the Thai soccer team, cave diving is incredibly dangerous, and your weird Internet crap might be the evolution of a neo-Dada movement.

We hope we'll see you at PAX West, the Game Devs of Color Expo, and the Harlem Valley Rail Ride!

One of the rescue divers just died =(

So, I’m a licensed scuba diver. Speaking from experience, it took me 6 weeks of courses and the exam, which for me involved being under water for 1 hour, changing tanks with a partner. And removing all my gear and putting all of it back on at 2 atmospheres.

5.5 hours underwater is another level, I believe it’d be another exam all together. I’m 28, in good health, athletic, I’ve dived 2 sunken ships in Hawaii. I personally do not feel like I could make a one way trip to or from these kids.

Ditto that, and ditto that. No fucking way you’d catch me diving in a cave under much better circumstances, in all of that? Fuck no, no thank you.

What Scott said about the tunnel reminded me of this
https://www.youtube.com/watch?v=LFIcRlAOFw0

but big enough for people to crawl through… I don’t think the technology is there yet.

I don’t think they’re going to make it…

The cave is running out of oxygen. It’s getting to an emergency attempt to dive them out despite the dangers. 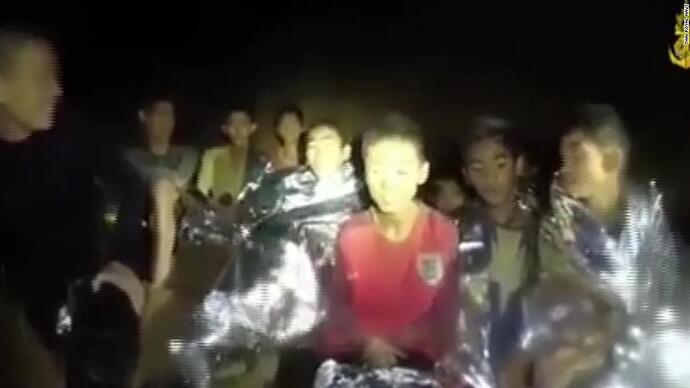 Expert teams are now under pressure to bring 12 boys and their coach to safety from the flooded Thai cave as soon as possible, as oxygen levels drop.

@Apreche not the only one with the air tube idea:

Elon Musk: let’s build an "air tunnel underwater" to save the Thai boys in... 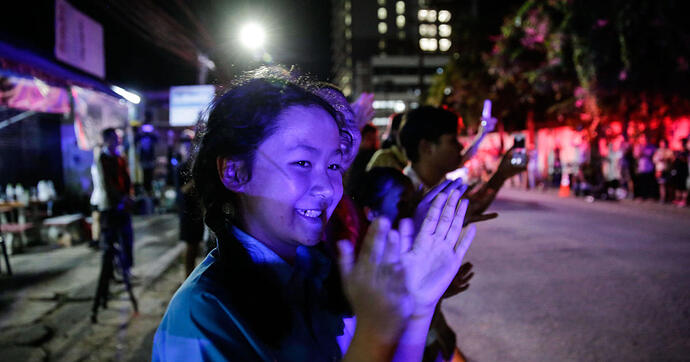 Thai cave rescue: Boys soccer team and coach all out of cave

"All 12 'Wild Boars' and coach have been extracted from the cave," Thai navy SEALS say

Being rescued like that, or rescuing someone like that, must be a fucking nightmare. It’s incredible that they are successful. Imagine already feeling like shit from being trapped in a cave and now you have to dive for several hours for the first time in your life. And you can’t hear anything, or say anything the whole time. If you forgot any of the instructions they gave you, you can’t get a correction. And a super pro already died doing this.

Cautiously optimistic. That even two of them are OK is already amazing. Five as of a few minutes ago!

Not gonna lie, I was expecting them all to die. The fact that anyone is out is amazing.

I was amazed when they got two out much less eight and still working on the rest. They literally had Navy SEALS teach them scuba diving in a cave in a couple of days. Amazing.

All I can think about is how this was what, 13 people? How much money, time and resources was spent to save 13 people from certain death? I’m not saying we shouldn’t have spent it, I’m saying we should have. But there are millions of other people around the world who are also in mortal danger from disease, poverty, natural disasters, etc. We should take how much money this operation cost, divide it by 13, multiply by the number of people in the world in poverty, take that much money from rich people, and divy it out. I didn’t hear a single person say we should have let these kids die in the cave because it wasn’t worth the expense, so I shouldn’t hear a single person complain about saving everyone else as well.

That was my thought to. Look what humans can accomplish when they’re just trying to solve one problem. Can’t we keep going after we save these kids and maybe solve poverty?

As cynical as it is to write this, the unique situation of these boys is probably what made this such a big deal. The story about a group of young boys trapped underground in a cave that’s slowly flooding makes for a compelling and terrifying narrative.

It’s terrible, but a lot of people can imagine that, and will react more strongly to that, than a more “boring” threat like poverty or some less exotic or “sexy” situation.

Not to be too socialist, but rich people don’t stand to lose by saving these kids.

Someone’s paying for it in the end. King of Thailand probably?

I’ve been thinking about this a lot lately, how the personal wealth of multi millionaires and billionaires will never do anyone any good. After a few million you will live in extravagant luxury forever, and your children too, and any income after that is just a high score meter. You can’t spend it all. It is morally unconscionable to allow that kind of money that could be doing some good to languish in the bank accounts of some few people who will never do anything with it.

It’s because the thing we tax the most is income from people actually working. If you have a job and do actual work all day, that money you make is taxed.

Rich people don’t work. Even when they do,. see all the fabulously wealthy CEOs with $1 salaries? They make their money in other ways. Corporate taxes, capital gains tax, these are all absurdly low. Even though the income tax is structured in a progressive way (though not progressive enough), the fact that income tax is higher than capital gains tax is in and of itself regressive.