Tonight on GeekNights, we consider the humble software update, from both a developer/publisher standpoint and a user/client standpoint. In the news, Nvidia buys Arm Holdings in a move that will shake up the global computing ecosystem, the American date format is terrible, and Mozilla suspended Firefox Send over malware concerns (but claims it will return one day).

For self-started rural broadband, I’ll recommend this article about how communities are doing it in the UK.

The remote British village that built one of the fastest internet networks in...

Frustrated by the inability to get good internet, a rural village decided to dig a superfast connection in themselves.

Isn’t the UK different because the national telco is required to lease lines to anyone? That’s why they have a pile of different cheap ISPs to choose from, right? Even the grocery store is an ISP?

I don’t know about that.

This story is about farmers digging their own holes for their own cables, and agreeing between each other that they can run cables over each others’ land. And that everyone who signs up for the isp has to pay money but also volunteer time.

I found it. The term for it is “local-loop unbundling.”

The UK has a law making it mandatory for BT to let local services hook up at a fair rate, the same rate everyone else is paying. That gives consumers a lot of choice for whoever provides their local service, and also creates competition to drive prices down.

In the US there was an attempt to do something similar, but it was so hamstrung by courts and the FCC such that making an ISP that way is effectively impossible. This is why Jared from my TotD needs to form all kinds of relationships with backbone providers and other ISPs to get bandwidth. If the US had properly regulated this, Jared would probably have had several ISPs to choose from, or at least been able to just hook up to the national telco in a standard way, saving a great deal of the work.

Okay I get it. It makes sense, as the UK has regulation like this in all kinds of areas. For example, Network Rail owns and operates all the train tracks in the country, and have to allow any train operator access to those tracks at the same rate. Like the rural ISP projects in that article, Network Rail is itself a “public sector body” meaning it’s a for-profit company that doesn’t pay out to shareholders. It only makes money to invest in itself.

Right after we talk about it, as is expected and prudent, Firefox Send is officially dead forever.

Here is a potentially a good way to send files to someone else if both parties know how to computer.

Easily and securely send things from one computer to another :crocodile: :package:

Took me a while to find out how it differs from magic wormhole. 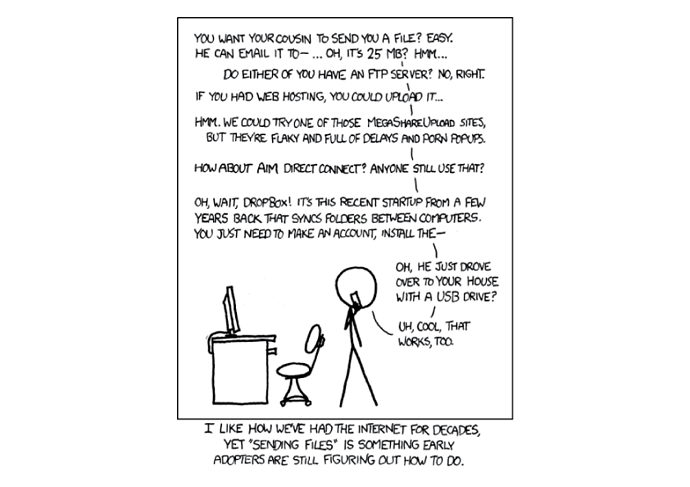 I created yet another way to transfer files that strikes a good balance between speed, security or simplicity by using relay-assisted peer-to-peer transactions and end-to-end encryption via password-authenticated key exchange.

magic-wormhole has most everything (currently its missing capabilities for multiple file transfers and file resuming), but it requires installing lots of the Python ecosystem which is tricky for non-developers (and Windows users).

And I’d never heard of toss before. Going by the readme, it’s not as slick as these two.

How painful is it to set up a private torrent tracker?

But in all honestly, in a pinch, I’d probably just open a port and fire up python3 -m http.server. 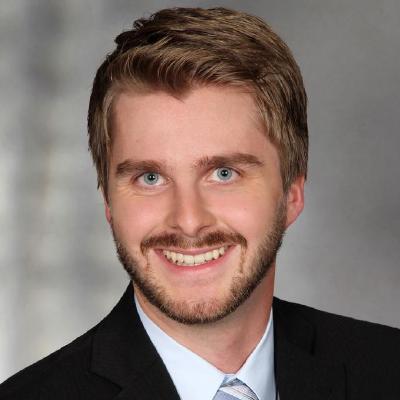 An Amazon S3 bucket just does this out of the box without any additional software.