the drivers treat the team as a team. Give Hamilton a few days, and he’ll be fine with losing the win. He knows that today wasn’t about him

Racing team dynamics are weird to me. Do the two guys on a given team help each other much? Even like each other?

I imagine every driver at that level has a healthy “fuck that guy, I’m faster than him” for every other driver on the track. Every day is about him.

Last year Ferrari radioed to Kimi some thinly-disguised order to let Vettel pass him. Kimi’s response over the radio was something like “What are you asking me to do? Fucking say it”.

Is Mercedes so buddy-buddy this isn’t ever an issue?

That’s the fascinating thing about Formula 1. Being a good driver is only half of your job. You have to be a good team player, too.

Nico Rosberg tells a great story about his time at Mercedes as the teammate of Michael Schumacher. Schumacher did everything possible to put Rosberg in his place, and was utterly ruthless. In this case, there was only one toilet in the team garage, and the drivers would always have priority due to their schedule being so set during the race weekend. Nico knocked on the door and said “hurry up, I’ve got to start qualifying” but he didn’t know it was Schumacher in the toilet. Schumacher stayed in there for another six minutes, making Rosberg wait outside. Then Schumacher left the toilet, not even making eye contact with Rosberg.

Turns out Rosberg wasn’t naturally that scheming and political, and had to make a real effort to practice it and try to screw over his team mate. He couldn’t keep it up, so retired on winning his first championship.

So when he left Mercedes, after their experience with Schumacher vs Rosberg and Rosberg vs Hamilton, the team went for the least-political driver they could, one who would fit the car’s racing handling like Rosberg but come with none of the drama.

Also Bottas happened to be managed by Toto Wolff, the team owner. Which is kinda handy for him.

Bottas happened to be managed by Toto Wolff, the team owner. Which is kinda handy for him.

Yikes, could go either way. I would be worried if my agent was also an agent of my employer.

Toto Wolff resigned as Valtteri’s manager before he joined Mercedes. 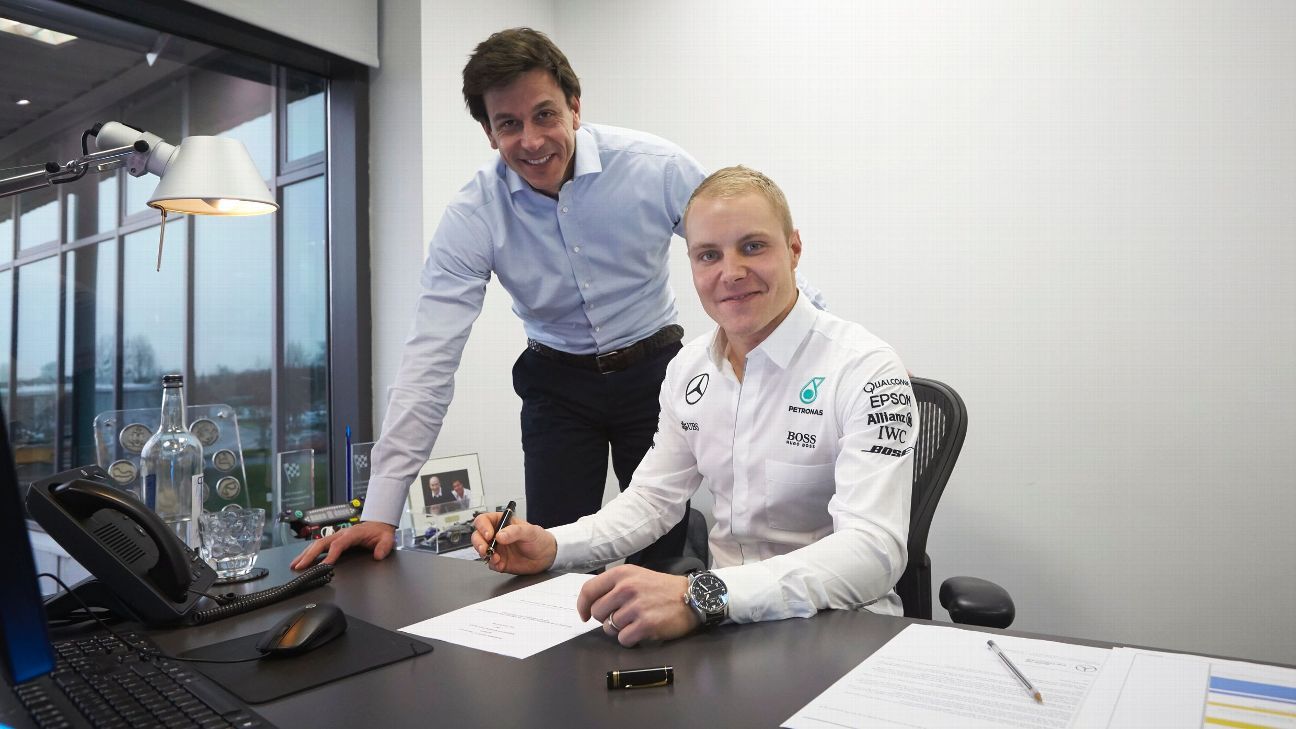 Wolff no longer a part of Bottas management

Mercedes boss Toto Wolff is no longer part of Valtteri Bottas' personal management after the Finnish driver signed a deal to race for the team this year.

Spending cap is going to be huge.

Screen capped this, but this really is the heart of the changes. Cleaner airflow, closer racing. 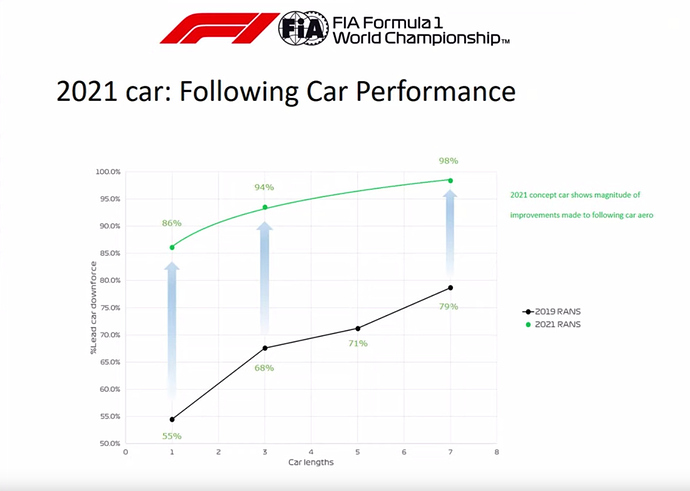 And I found it incredible how they did it today. It seemed (to me) that Hamilton could have won the race, but the team made sure he came in for another pit stop. That meant he dropped back to third, but ensured the win for Bottas.

Turns out that it’s true that Mercedes did give the win to Bottas in Japan. I hadn’t seen anything official about it, but I found a clear quote.

“ Ask Allison if there was one moment that stood out for him about Hamilton’s season and he does not pick a victory, or a qualifying lap, but something that reveals the intense competitiveness driving the 34-year-old.

“It would be nothing to do with his driving; it would be a character thing,” Allison says. "And that was Japan. We won the [constructors’] championship in Japan and for a whole series of reasons we took decisions that were right for the team and a tough pill to swallow for Lewis - securing the championship for the team in a way that was best for the team.” 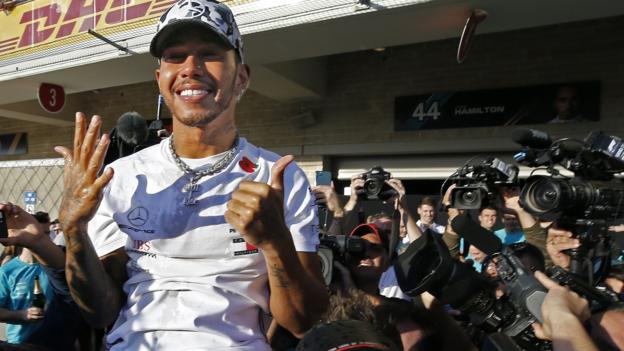 Come on Lewis! Stick it to the man! Win every race next year.

One day Vettel will be able to drive in a straight line without fucking everything up. But not today.

Did Ferrari fire the wrong guy? Did they not fire enough guys?

Agree on all points. However, I think Albon will take a good lesson from the incident. Even if Hamilton admitted his role it could have been avoided if Albon hadn’t opened the door going into that corner. When you are racing that close to someone they are going to jump on what looks like an opportunity to make a move, so don’t give them such a tempting opening even if you have the right to the racing line. Similar in principle to Verstappen last year in Brazil, you can be in the right but still end up further down the field unfortunately. So, decide if you want to force your claim or retain the opportunity to keep racing for that position. And especially to have someone like Hamilton admit his role and why he went for the move is a great learning experience for a young driver. I’ve been impressed with Albon this year and think he has a solid future as he gains more experience.

I very much agree with this:

Chainbear has a high hit-rate for raising interesting topics about Formula 1. 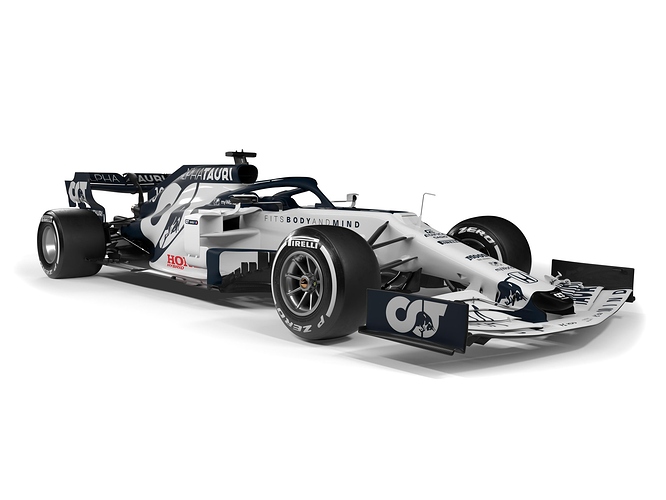 This article is nominally about Mercedes sharing tech between their Formula E team and their Formula 1 team. Also Stoffel Vandoorn, currently top of the FE standings, is going to be their F1 reserve driver.

What I think is actually going on is that Mercedes is finding an interesting way around some of the budget-cap restrictions coming into play next year. They are going to have money left over, with less development work possible in F1. Having a second team in a different series can be a good release valve for that spending power.

McLaren seem to be doing something similar, starting up an Indy team this year. There’s probably interesting ways they can spend money in America which will benefit the main team, and use up any budget excess they might have in 2021.