Police don’t have to protect the public, schools don’t have to educate, national stockpile isn’t for the states to use. WTF is the government for if not for the people?!

Fuck school. Fuck grades. Fuck trivia. Fuck discouraging analysis in favor of rote memorization. Fuck summaries. Fuck notes. Fuck whatever “the core of the story” is. Fuck whatever “objectivity” is. Fuck Powerpoint, Word, and Office 365 generally. Fuck a government that forces children to be subject to these systems of abuse and lies, and fuck an economy that requires four years of it more after that. Fuck Aristotle. Fuck Kant. Fuck any institution that is still using premises for education that psychology and neurology have been exposing as destructive for decades.

[Written while in a class that doesn’t deserve me]

In high school I pretty regularly thought “I could teach this material better than this teacher.” I think I only actually said it about two or three teachers, and when I did I was chastised for it. I would be told that even if I knew the material, there is a lot more than knowledge that goes into teaching. A 16 year old couldn’t possibly know how to effectively convey information. Looking back, I was largely right in my assessment, including the times I kept it to myself. I was already giving lectures with the objective of giving my audience some mix of information and insight into the subject, and doing a stellar fucking job (when I wasn’t biting off more than I could chew, in case anyone here remembers and wants to bring up CTCon 2012 which I know I did poorly). I had even less of an idea of who my audience was than my teachers. ConnectiCon is an odd mixing pot of a variety of subcultures, and I didn’t always know which ones my talks appealed to. Now, sitting in a class taught by someone who clearly has a large emotional and intellectual investment into “the value of a college education” while delivering on a small portion of it, I feel both validated and appalled.

I’m blatantly and openly an anti-intellectual in the Humanities (I’ll get to STEM education’s strengths in a minute), because from the outset they set students on a path that either discourages or disables an insightful student. Social Scientists should have the ability to inform and advise the driving forces of that society they study, which in any even remotely democratic culture is the masses. Nevertheless, social science education prioritizes form and trivia above all else. It tells you that those who do not follow the form are ignorant, while you study events and phenomena that those people create. It disrespects it’s students by presenting basic narrative structure as an “introduction to literature” as if all those TV shows and films that you grew up with don’t have Hero’s Journeys in them. It is a self perpetuating system of boot licking that been declining in relevance since the 1970s and refuses to acknowledge that and change accordingly.

STEM is in fact good at this. STEM education places the methodology of the field and skills necessary to work in that field (I use the word “work” here because “do science” is a little too memey for this but that’s what I really mean). They have this outlook from the start. Ask any algebra teacher who started teaching after the 1970s why it’s important to have such esoteric formula in core curriculum, and they’ll tell you about the usefulness of the ways of thinking it teaches. They are admittedly just as bad in terms of the public facing side of the field, as every viral study that the masses interpreted FAR broader than it was designed proves, but that’s a low priority in fields that study rocks or plants, as opposed to the very people who are misinterpreting it.

I have seen the best minds of my generation neutered by the authoritarian dogma of prestige, reduced to rubble by trivia fetishist gatekeepers, vanish into oblivion as their so called guardians shrug and say “I guess they weren’t cut out for it.” Now I sit subject to all these abuses and meticulously plot my escape. I will do anything and everything in my power to carve a path into social studies without putting myself through the battery this system demands. 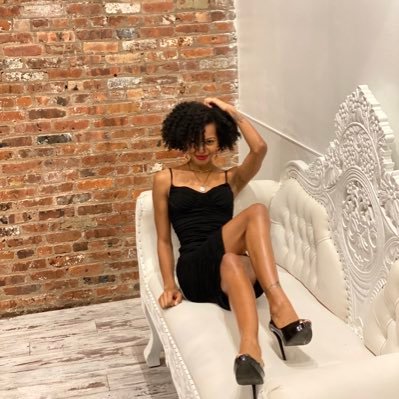 The SATs was literally created bc too many students of color were getting into college. The creator of it, Carl Bringham, published that the increase of racial diversity in schools would cause the decline of American intelligence. By 1930, he admitted it was a eugenics test. twitter.com/WilHovaJr/stat…

I don’t want to go to bat for standardized tests because that is the case, but if the alternative is a letter or number granted based on home life stability and mental health in a demographic that has little control over either, which is then further distorted by college admissions offices who weigh it based on how much money the students’ district was willing to spend on education, I’m gonna have to stand with standardized testing. Abolition of it and grades are the real answer, but we are too afraid of the unquantifiable to admit cognitive capacity and intelligence are among it.

My College Writing 1 class’s second essay is to discuss this article questioning how useful a college degree is in the workforce. She didn’t supply us with the publication, but I went and found it myself, because I’m sure you know I have OCD about citations. 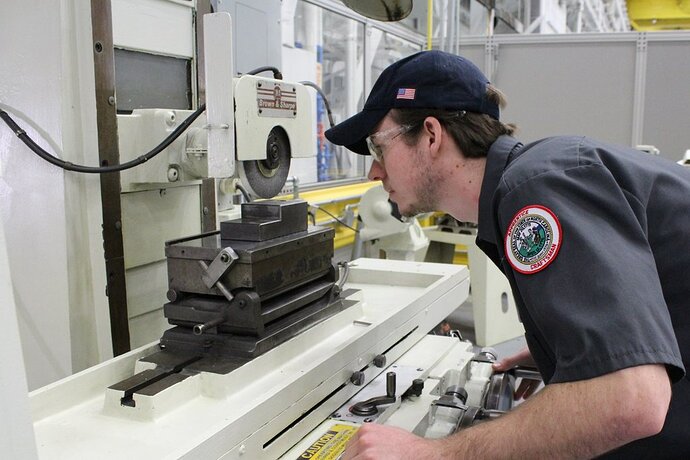 A high school diploma is no longer enough for today’s manufacturing jobs. Enter the employer. Apprenticeships are making a comeback, complete with college.

We’re expected to use informal citations on this assignment but MLA formatting is not prohibited and given my history of not being believed if I use anything short of that I’m gonna have to. While I’m willing to swallow my pride and write what I’m told, I am specifically in this assignment being told to discuss the faults of academic credentials. I’m probably supposed to advocate for trade schools or something but the opening paragraph of this piece gives me reason to avoid that.

“When the German engineering company Siemens Energy opened a gas turbine production plant in Charlotte, N.C., some 10,000 people showed up at a job fair for 800 positions. But fewer than 15 percent of the applicants were able to pass a reading, writing and math screening test geared toward a ninth-grade education.”

The criteria used to assess this are spelled out here.

I’m gonna get a C+ on this assignment at best, but the other three essays will probably offset that in my final grade. I got a 90 on my first draft of my first essay and submitted a revised second draft that will probably get it bumped up to a 95, maybe 100. As much as a 100% in this class sounds like a fun concept, I’m being asked to write about my trauma, and I’m going to. I can only pray that putting my academic integrity and credibility on full display will offset the damage to my grade.

In all my years of school I had teachers on the right (civil war was about states rights, huge photo of Strom Thurmond’s face at the front of the classroom) and the left (let’s read Johnny got his gun and then go to a temporary exhibit of anti-WW1 artwork, let’s watch Ghost in the Shell and discuss through feminist lens).

Not once did any teacher or professor mandate taking a particular position on anything, nor did they let what side you chose on anything affect that grade. At times I handed in assignments defending positions that either I and/or the teacher agreed with, and that had no impact on the grade whatsoever.

That the assignment demands you to take a particular position rather than to simply write on a given topic is somewhat disturbing.

That the assignment demands you to take a particular position rather than to simply write on a given topic is somewhat disturbing.

Textually the assignment does not require me to take any particular position on the subject. It’s why I’m confident I can get a C+ on this assignment at all. But I have seven years of experience that tells me that I will be punished for exactly that. They make up some fault like “infeasability” or “straining credibility” for beliefs outside their frame of reference, and no amount of MLA citations can make it feasible or credible. There is some upper echelon to how much academic integrity you’re allowed to have in academic pursuits and I have yet to figure out where the line is.

That is, to put it lightly, fucked the fuck up. Once in college I even had the free choice of book and intentionally chose Milton Friedman when I knew the professor was socialist. I was less socialist then, but I honestly just wanted to read it because the stupid book came up so frequently I thought I should know what the heck it said in it. Did not affect grade.

I don’t think I’ve ever had free choice of book. I’ve been told I can incorporate any research into a paper that I want, but when I do I’ve been routinely punished for it. As Kit Kilbourne, my 10th grade world history teacher, wrote on her assessment of me for my Individualized Education Plan meeting, “[Lizi] is a graduate student stuck in high school.” As much as Latin School and now community college have encouraged academic integrity, critical thinking, and intertextual analysis, I’ve spent the past decade well beyond the amount they tolerate, with no one willing to tell me how to return to the tolerated amount.

EDIT: We did have independent reading assignments that I did ok on. My struggle with visual reading speed meant I rarely was able to finish the books before the paper was due but that’s something that, once we realized was a major issue, we worked around. Can’t hate the system for that. 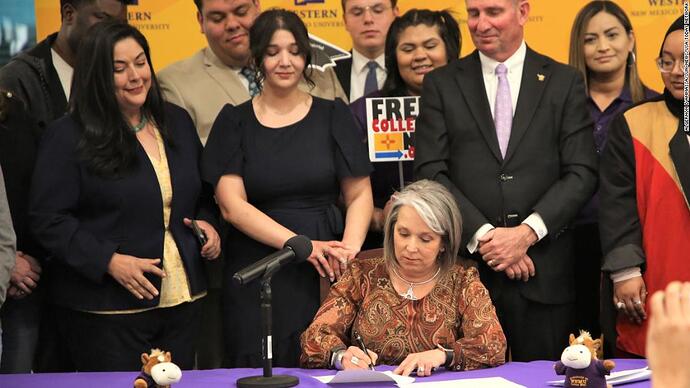 For most New Mexico residents, college will now be officially tuition-free after Gov. Michelle Lujan Grisham signed Senate Bill 140. Many states across the country have moved to provide some sort of tuition-free college education.