He’s appealing, naturally. Anyone have an idea of his chances to get it overturned?

It seems to me like a mess, and probably one to make as much press and publicity for the race as possible. And that’s beside the facts of if he was doping last year or not.

I’m not an expert, but the whole system seems needlessly dense and opaque to me. Why not have set rules and procedures for this type of thing, ESPECIALLY in cycling? Why does it take so long? 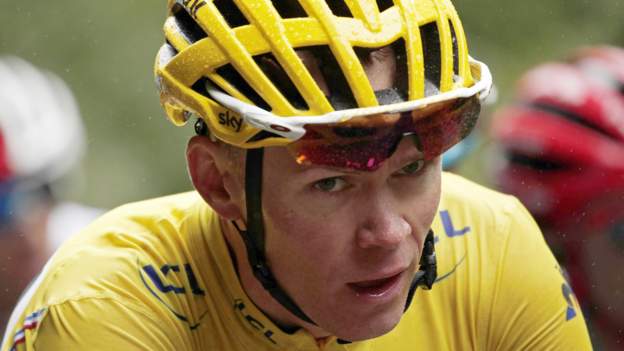 Team Sky said Froome was only 19% over the limit

“on 28 June 2018, Wada informed the UCI it would accept, based on the specific facts of the case, that Mr Froome’s sample results do not constitute an AAF (adverse analytical finding)” and “in light of Wada’s unparalleled access to information and authorship of the salbutamol regime, the UCI has decided to close proceedings against Mr Froome”.

It reached this conclusion after considering a number factors including “a documented illness”, the natural variation of salbutamol levels in Froome’s other samples and that Froome took “a significant increase in dose” shortly before the test, as Team Sky claimed he had on the advice of the team doctor, without exceeding the maximum permitted dose.

Sounds like he argued it was a positive test, but he had a legitimate reason. I’m pretty surprised the bike bosses accepted that argument. A final decision is expected Wednesday.

Goodwood final shootout! Pity the Porsche 919 Hybrid Evo didn’t take part, but the VW Pikes Peak did! Top two places to electric cars though, which seems like will happen with more and more short distance/time races over the next few years.

Since we’re putting bicycle races here instead of in the biking thread: 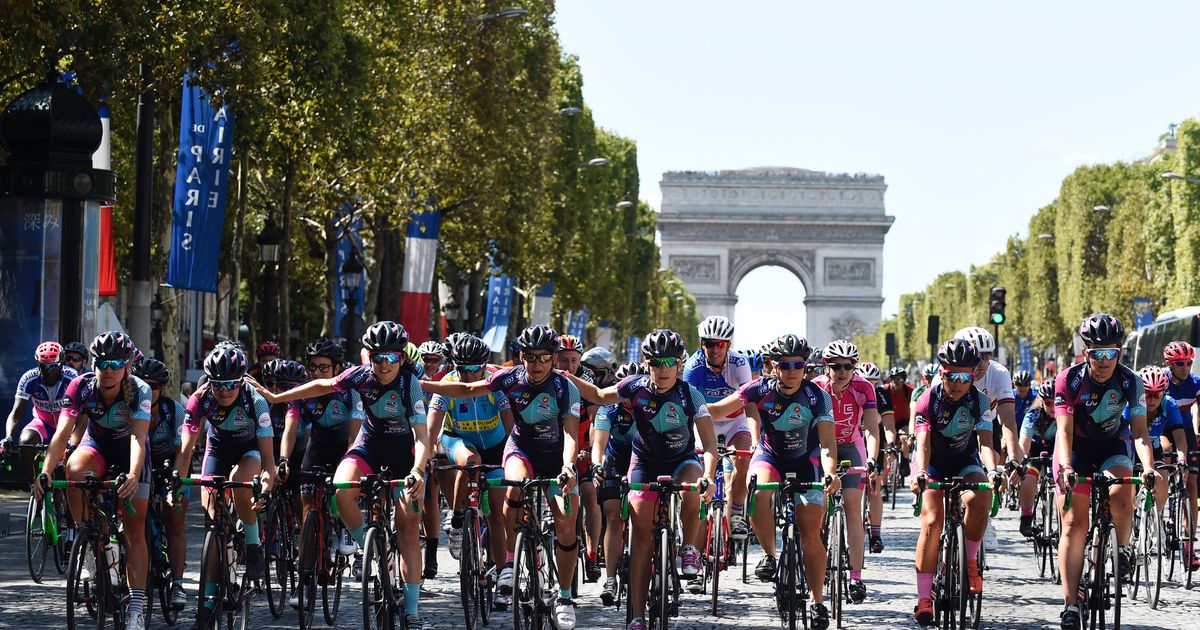 13 women rode every stage of the Tour de France before the men did to make a...

"We are gonna keep doing it until we have a positive response and we have equality." 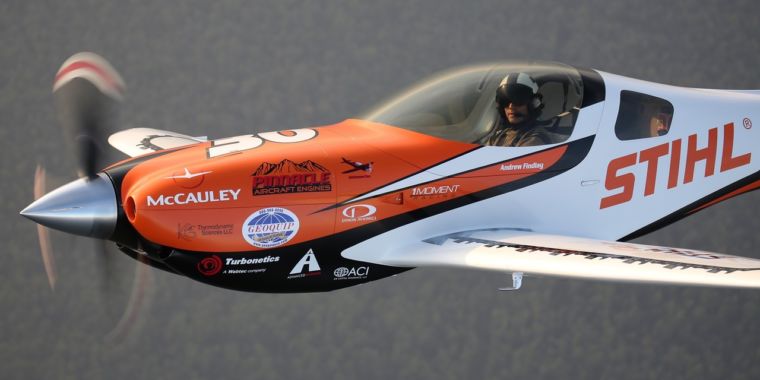 It took just one moment for this pilot to realize he should be racing airplanes.

" The Reno Air Races are the only bastion of competitive airplane racing in the world. For 54 years, pilots have raced airplanes there around an oval track in the sky, 50 to 100 feet (15-30m) above the desert at up to 500mph (800km/h). There is no faster head-to-head motorsport." 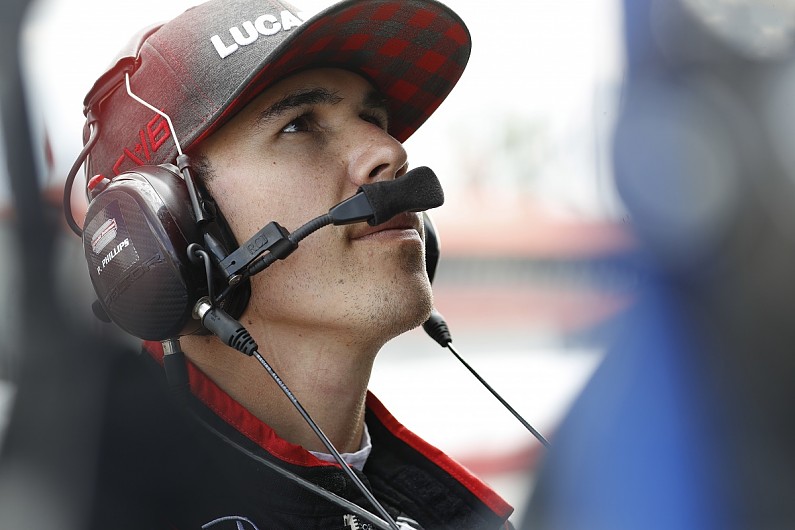 
This is really sad to hear for a variety of reasons, but it sounds like he’s making slow progress. Hopefully he can recover enough to lead a happy, healthy life. I’m kind of for Indycar never going to Pocono again though. It seems to breed bad accidents.
lukeburrage November 8, 2018, 10:17pm #51

Two of my favourite things together in one place: Muse and racing! It seems like IndyCar is taking a page out of the F1 book for their first visit to the Circuit of the Americas. Muse is one of the biggest and best touring bands at the moment, and adding a race weekend to their world tour is a pretty exciting booking. 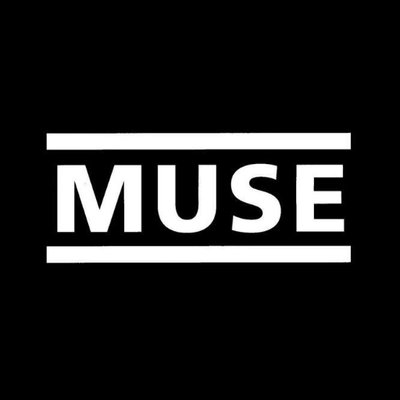 TEXAS! Muse are performing at the 1st ever @IndyCar Classic at Circuit of The Americas (@COTA) in Austin on 23 March 2019. Tickets available Wednesday 14 November at 10a CST. Details here 🏎️➡️ muse.mu/news,indycar-c… https://t.co/Q2VFvFlXWc 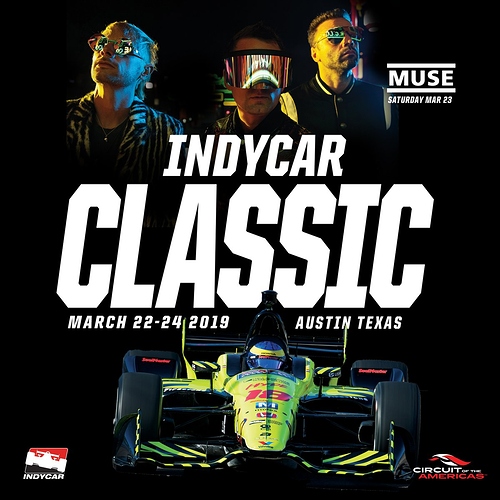 This is weirdly mesmerizing.

I hope nobody dies.

I guess this is the best thread to put this? Regardless, this looks pretty awesome and I might have to check it out.

If I’m going to do that, I’m going to go to the RC car track. Sometimes when I bike down there I stop to watch for a bit. 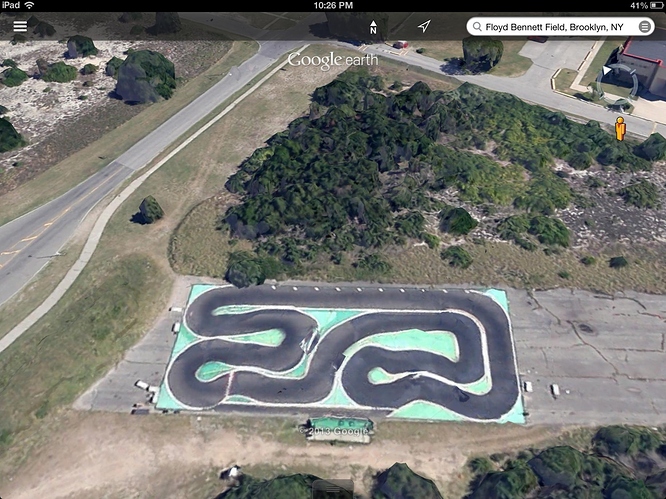 Dude runs up a mountain with skis on.

How You Can Stream Australia's Gift to the World, the Bathurst 12 Hour, in...

Does the thought of more racing after the Rolex 24 have you salivating? Great news, folks—Australia’s Mount Panorama Circuit is hosting the incredible Bathurst 12 Hour this weekend. And yes, you’re going to be able to watch every second of it here in...

Three of the four Formula E races this year have been crazy good fun, especially yesterday’s in Mexico. There is so much going on that the highlights video leaves out all kinds of incidents and stories that, at the time, seemed exciting but in hindsight were nothing compared to the buildup to the last lap.

In this case a red flag brought everyone back to the pits, and the teams thought the race would be shorter than it ended up being, so everyone pushed just a little too hard compared to the energy they actually had left in the batteries.

Not included in the highlights: The owner of Formula E sitting next to the team boss of the team he thought was going to win, but then who didn’t win, and not knowing how to react. Console the guy, or be super happy knowing the ending of the race show that your series has more excitement in one lap than most racing series have in an entire race.

Indycar starts this weekend with the traditional race through the streets of St Petersburg, FL. I’m excited to see how things go. Here’s a guide to the drivers who will be running this season:


and here is the very first race at St Pete, from the old CART/Champ Car racing series