Another attempt at American Antifa Logos

Okay, so I have several to look at and I want opinions:
First is a redesign of one of the earlier logos that I feel was the strongest. The blue of the flag is darker and the stripes were retooled. 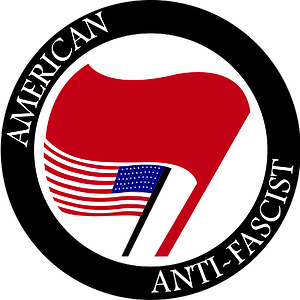 Then I started messing around with the opposite color ideas that were suggested, and tried to go with themes more strongly representing the USA. It’s not great, but it was a starting point. I like the green and buff colors, but the red just wasn’t doing it for me, and the obviousness of Cap’s shield wouldn’t fly, obviously. 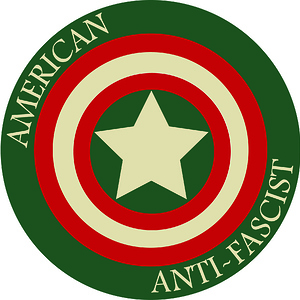 My next idea, I went back to the original Antifa flag, the larger red one, and used that shape as a basis for a flag, while keeping the ring and lettering and some of the Captain America shield theme. I also played around with the dual-flag concept that is in a lot of the Antifa imagery: 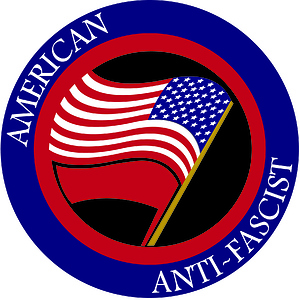 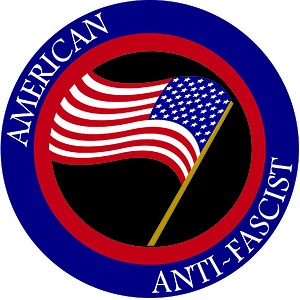 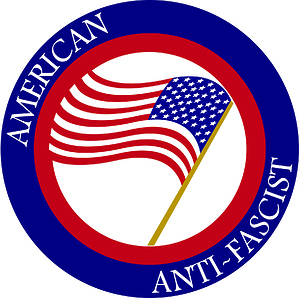 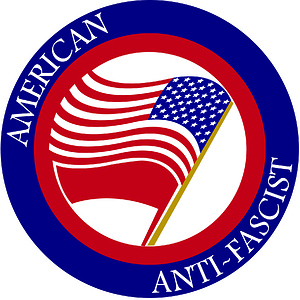 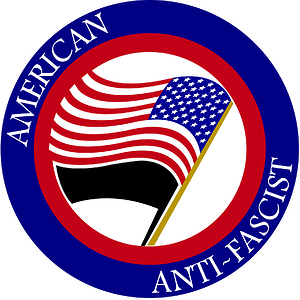