BTW, wrt to minority rights, you don’t have to listen to me on that front 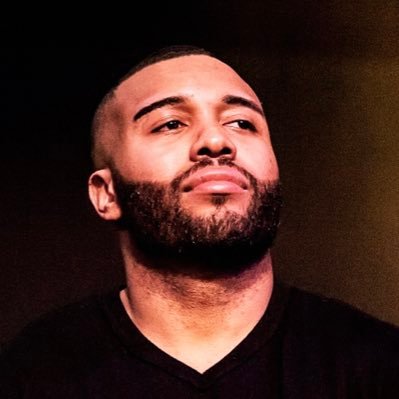 For those who need more context about how devastatingly racist #stopandfrisk was and why no Black or brown people should support Mike Bloomberg, I’ll tell a personal story. I was in college during the height of stop and frisk in NYC...
SkeleRym February 15, 2020, 12:33am #1435

You can make a fair point that a Bloomberg presidency could be dangerous to trans people.

A Trump presidency is more dangerous to trans people. And is specifically dangerous to a large number of other classes of oppressed people.

I’m not excusing any bullshit a Democrat said. I’m saying that it is disingenuous at best, and dangerous at worst, to even hint at the two sides being equivalently dangerous in any context.

Yeah he sucks. Nobody is saying he doesn’t.

We’re saying that despite being awful, he’s still a significantly better option compared to the pile of diarrhea on fire that is our current president. It’s not about how good Bloomberg is, because he’s not. It’s about how bad Trump is. He’s just that much worse.

Even Ronald Reagan is better than Trump. That how bad Trump is. 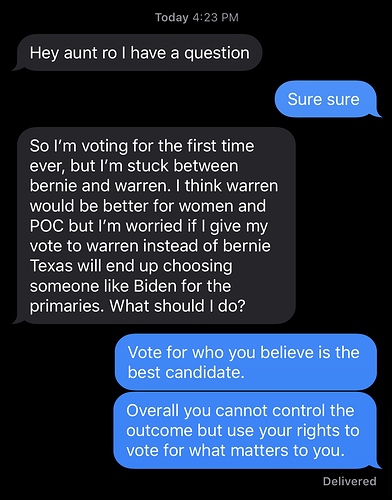 My liberal niece: <3 so awesome

I still believe everything will get better when enough old people die. It just might still get worse before it gets better.

He says that they (red staters) think that trans women are just men in dresses, but that the intelligencia need to be good salesmen to disabuse them of that thinking.

I’ll be more clear. If Republicans continue to attack the welfare state, that directly impacts the health of their main voter base. Ditto for social security, minimum wage, and everything else. I’m surprised we haven’t hit the wall yet, but it’s coming where the aging Boomer population will begin to be aggressively impacted by the social and economic climate they’ve created. They are going to experience ageism soon, and it will probably be the first time in their lives they experience prejudice. In the same way that we must destroy their misinformation about “nationalism” and other fascist propaganda, we need to head this wave off and ensure they do not deflect the real blame they deserve for their situation as blank prejudice.

I’m going to be blunt, “Bloomberg is just as bad as Trump” is at best needlessly reductionist and at worst a bad-faith argument. I am no fan of racist-ass billionaires, and I believe in aggressive wealth redistribution because no person can amass that fortune and still be a friend of the working class, but there is nuance, and it is the height of intellectual dishonesty to wash that nuance away.

The Sanders campaign and its attendant ardent supporters have been repeatedly accused of lacking nuance and failing to account for differences that may be important to others, and that is entirely at work here. Reducing everything to a class issue while ignoring differences within specific classes has been a constant critique, to which I have not seen an adequate response. It’s the largest critique I see from the PoC camp, and here we are again erasing important differences because class trumps all according to Sanders.

It’s not that simple. If it were, we wouldn’t have racial inequality in the middle class. People want that addressed, and the Sanders message is consistently seen as blowing past or dismissing that. “Bloomberg is just as bad as Trump” is literally the same problematic thought process applied to a different arena. Learn to recognize and combat it or you will literally tank your own movement.

You want to criticize Bloomberg, let’s talk about why he’s not trying to run as Republican to unseat Trump, or why he isn’t using his vast wealth to unseat GOP Senators in key races. We can criticize those things left and right without falling into the intellectually lazy trap of “both sides” or “billionaires can’t be trusted.”

I don’t want to vote for Bloomberg and I am working everywhere I can to make sure that’s not the case, but for the love of fuck you are actually making it harder to make that reality happen by erasing any and all nuance from the discussion.

On a different note, a queer friend shared this article and it really sums up a lot of my disquiet with Pete that I haven’t voiced because “cishet white man criticizes gay man for being a bad gay” is pretty much The Worst Look. 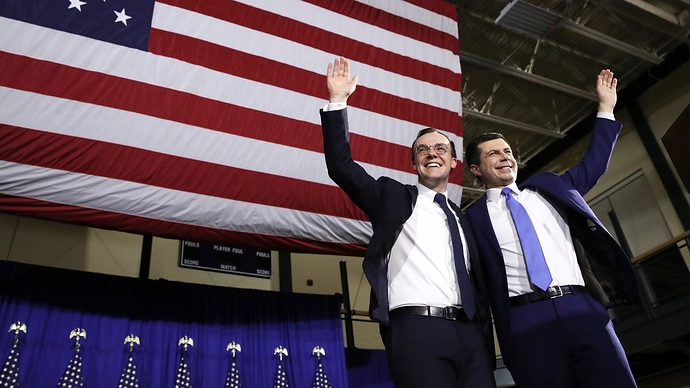 What makes Buttigieg a reassuring choice for some older, white, straight people, and a disturbing possibility for some queer people? It is that he is profoundly, essentially conservative.

Things are bad, things can get worse – worse for people for whom it’s already bad, and worse for a greater quantity of people. Trying to quantify which is preferable, or “the lesser evil”, is certainly an ugly choice (as odious as insurance assessment), but it’s a choice that’s baked into the American empire / post-colonial global experience and you’ve been making, consciously or unconsciously, the whole time. Let’s just do our best to keep it from coming down to Bloomb v Trumpf.

I think you underestimate how shitty young folks are and how few of them/us currently engage in elections/politics, but who likely will get more engaged as they age.